Breakthrough of 10 Scientific Innovations in 2021 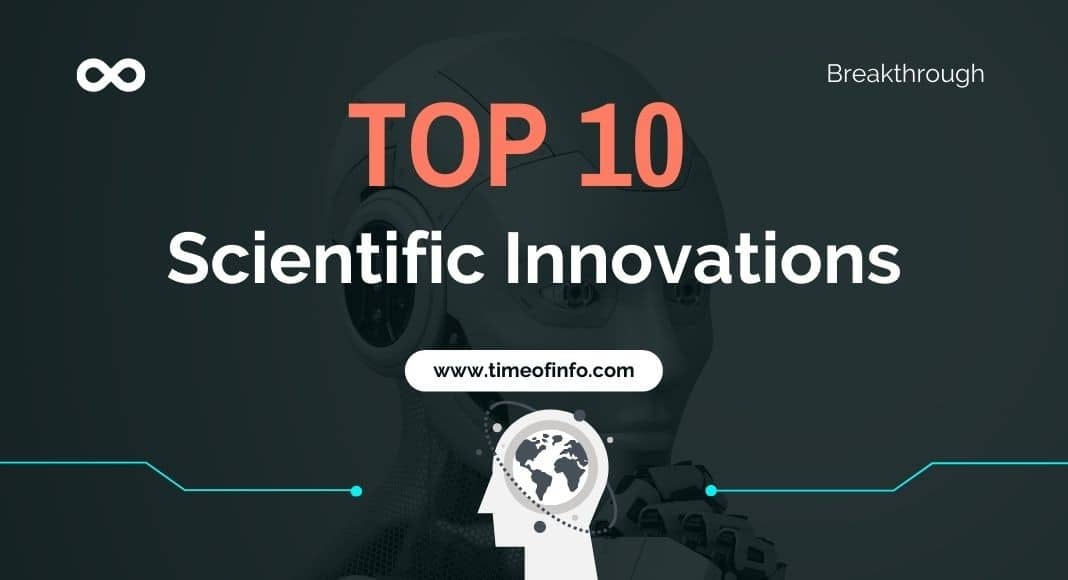 The news of the coronavirus pandemic dominated the science-related news across the world in 2021 and it is being predicted that the next year may also likely be the same due to the same reason.

But the matter was nit like that the Covid-19 pandemic was competing with the scientists in the year. 2021 saw a number of exciting and significant scientific innovations and many of which we will perceive more about in the next few years.

We stepped up into 2022 amidst the global surge of Omicron, a rapid transmissible strain of coronavirus. Let’s take a step back and see the progress of scientific improvement in 2021.

Breakthrough of Top 10 Scientific Innovations in 2021

When the entire world is struggling to fight against the pandemic of coronavirus, the innovation of vaccines of the deadly virus is really a major scientific achievement in 2021.

The Covid-19 vaccines innovated by the world’s renowned drug makers Moderna and Pfizer world were given approval for emergency use of adult coronavirus patients last December while the single-dose shot of Johnson and Johnson vaccine given approval in February 2021.

CoronVac, Oxford AstraZeneca, and Sinopharm produced vaccines are widely being used across the world to fight the pandemic of the virus.

At present, the coronavirus vaccine is available across the world, and children as young as five years and people of all ages can receive the jab to keep them safe and secured from infection of the virus.

Amid the pandemic of Covid-19, malaria is still one of the major risky diseases on the earth that kills over half a million people every year globally. And of which, the half percent is children aged under five.

In October 2021, the World Health Organisation (WHO) approved the world’s first malaria vaccine for kids. The WHO also recognizes it as the first vaccine against any disease like a parasitic infection.

The brand name of the medicine is Mosquirix whose developing price is over $750 million and has been tested since 1987.

The newly innovated vaccine is used to fight the deadly five malarial pathogens and it is used in a series of four injections. It is now being expected that the gift of science will prevent around 5.3 million malaria cases every year across the world.

The James Webb Space Telescope, the most powerful and the largest-ever space telescope, launched in December 2021.

It will take a trip of nearly one million miles within 30-day to a stable spot in space and then take an additional six-month to unfold its instruments, calibrate and align.

NASA, the European Space Agency and, the Canadian Space Agency started work to create the telescope in 1996 and its cost was around US$500 million. The project saw the light in 2021 though the launch was delayed many times.

It will track Earth’s orbit around the sun for the next several decades. Several parts of the universe which were unseeable in the past will now be visible. The telescope will be able to do things that the Hubble Space Telescope could do.

People will become able very soon to witness the signs of life on other planets, the birth of stars, and discover how early galaxies formed.

Taking advantage of the Earth-Mars orbit alignment three missions arrived at Mars in February 2021 something like that happens once every 26-month.

The Chinese National Space Agency’s (CNSA) Tianwen-1 examined the surface of Mars from orbit and then set down the Zhurong rover in the large Utopia Planitia on Mars. The objective was to test China’s ability to move around on the Martian surface.

NASA’s Perseverance Lander, which is based on the design of the Curiosity but comes with a set of tools to drill and store rock tasters, will spend the next few years’ journey across the Jezero Crater.

It will gather up to 43 rock samples which will then be sent back in caches in the Sample Return mission that is still being designed.

One of the major scientific achievements on Mars is the experiment to see if we can fly through the Martian impression.

The innovative Helicopter, which came along with exertion as a technology demonstrated mission, is a little drone-like rotocraft. It has now toured more than 2 kilometers.

Perseverance’s journey is being assisted by the Ingenuity Helicopter which is surveying forward and highlighting possible hazardous objects with its well-equipped camera.

In August last year, a group of researchers of Cambridge University spread speculation about the existence of the world falling into the group of Hycean planets which could support life.

The world they spoke about would be around 2.6 times larger in size than the Earth, having a Hydrogen-rich atmosphere, hot and covered with oceans. Humans may not be able to survive on such a planet but other creatures may be able.

It is easy to detect biosignatures from Hycean planets such as dimethyl sulphide and methyl chloride from the earth-like planets such as methane, oxygen, etc. It is possible to trace and confirm extraterrestrial life in the next two or three tears.

The idea of gene editing is quickly taking a pace and in June 2021, the CRISPR Cas-9 gene editor was jabbed directly into the bloodstream of an ill person patient with a rare inborn disease.

Generally, cells are collected from an ill person and CISPR works on them in a laboratory setting before the edited genes are pushed into the body.

It is a time-dependent and costly procedure and frequently, the patients need to go through chemotherapy very often.

The case relating to the prior deadly condition of transthyretin amyloidosis was rapid and victorious, and the medication even saw a turn down in the unhelpful proteins that build up in the tissues and organs of a person with the disease.

The skull had a big cranium that could hold a big brain, almost a square eye, a thick brow, and sockets that discriminated it from the other Homo species.

Dragon man or Homo longi, as this new species had been named, was earlier recommended to be a later Pleistocene human, joining Neanderthals and Homo sapiens.

However, the debate is still going on about whether it will be described as a new species, and we need to wait for more fossils to fill the gap in early human history.

A relevant science breakthrough of 2021 involves Neanderthals paleontologists from Madrid who made 3D models of the ear structures of Neanderthals saying that they may have had the ability to speak and hear just like the modern human species, Homo sapiens.

A Quantum computer can do in seconds what the best supercomputer of the recent days will take several days or weeks to do the same.

Quantum computers use the law of quantum physics for implausible process abilities which can be revolutionary meteorology, manufacturing, cyber-security, national defense, and much more.

International Business Machines (IBM) launched its 127-qubit Eagle in November 2021.  This is the most and super-powerful quantum processor at present.

Directly and indirectly, humans have been affected by animal evolution. Studies have claimed to have found a sharp rise in tuskless African elephants after years of poaching activities.

It happens because poachers killed many elephants with huge tusks during the Mozambican Civil War continued till 1992 from 1977 that it was the females without giant tusks that were more likely to pass on their genes.

Around 20 percent were tuskless and now around half of the female elephants are tuskless before the war.

A study in Trends in Ecology and Evolution claimed to have found that rabbits have been growing longer ears bats growing bigger wings and both of these are likely to dispel higher temperature into the adjoining air.

More evidence was published by Science Advances on these lines. Most likely as an outcome of rising temperatures and changes in rainfall patterns, 77 species of birds from an inaccessible area in the Amazon rainforest were experimented with weight lesser and had longer wings over a period of 40 years.

Scientists across the world have been trying to build an artificial heart for over 50 years. Cardiovascular diseases, the leading causes of death globally, have taken an estimated 17.9 million lives per year globally.

It does not work exactly like a human heart but it tries to exceed evolution with a better mechanism to pump blood in the human body. It has a circular pump balanced between magnets in a manmade heart made of titanium.

A full human trial has not yet been conducted. Till now, it is being tested on a temporary basis on heart transplant patients and undergoing animal trials.