Ford is an Overnight Success Years in The Making 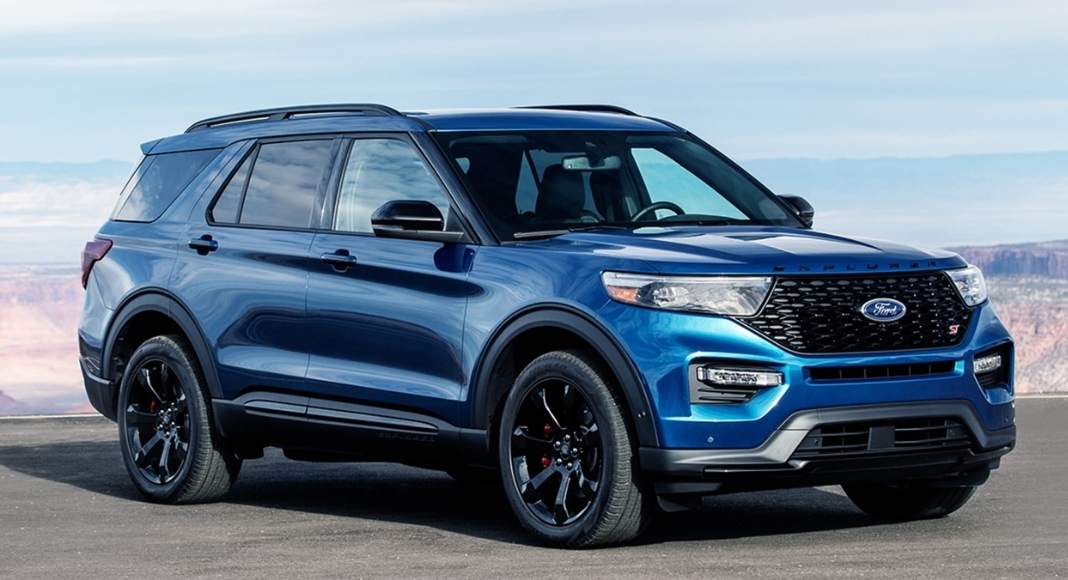 Not only has Ford pioneered the modern consumer car with the Ford Model T, but the company has also continued to innovate and improve, culminating in the new Ford F-150 Lightning pickup truck, which arguably, could be America’s next best-selling EV when it launches in spring. While a lot of models and nameplates have been discontinued in recent times, Ford is now focusing all their efforts and research to improve its SUV and pick-up truck lineup.

From family SUVs like the Ford Explorer to the ever-popular Ford Mustang, Ford continues to cater to a wide audience, although none of their models and offerings can catch up to the F-Series trucks. On the best-selling charts for decades now, the Ford F-Series lineup of pickup trucks and more specifically the F-150 can be considered as the single biggest profit-maker for the company. This is exactly why the launch of the all-electric F-150 Lightning has had such an impact on the market and on Ford itself. The F-150 Lightning has the potential to change the pickup truck market forever and Ford will reap the rewards for several decades to come.

Halle Berry in a #MustangMachE to help kick off the #SuperBowl and I’m here for it! 😄💙🏈 pic.twitter.com/bRtD6BnWc7

While the success of the F-150 Lightning will surely send stocks flying in the coming years, Ford has done a lot more over the years that may not have been as obvious. All of these investments and new technologies have risen Ford’s stock prices by over 88% last year despite the Covid-19 slowdown, rocketing past General Motors, and even Tesla, which is no small feat. The American consumer certainly wants an all-electric pickup truck in their garages and the bump in stock prices is proof of that.

Let’s take a look at some events over the past years that led up to this sudden surge. Back in 2018, Jim Farley took over the CEO position at Ford, who has then worked hard on electric cars. Soon after, models like the Mustang Mach-E and Ford F-150 Lightning were revealed.

Both the Mustang and F-150 Lightning were in development since 2017 when Ford formed Team Edison, a group of six managers led by Ted Cannis who has since become the CEO of Ford Pro. Forming Team Edison turned out to become a masterstroke for Ford, along with the decision to electrify the best-selling models by the company.

While the Mustang Mach-E is nothing like the standard Mustang, it still retains the fun-to-drive character of the original along with a similar performance and design theme. The Mustang Mach-E is predicted to shift more than 200,000 units annually. However, the F-150 Lightning is expected to become the best-seller of the company, just like the standard F-150 models. Ford already has plans to double the production capacity of the F-150 Lightning from 40,000 units to 80,000 units annually to keep up with demand. As of January 2022, Ford has announced plans to double the capacity yet again to 150,000 units annually.

Soon, we can expect the all-electric F-150 models to outsell the standard ones, closing in on a million units annually.

Right on the heels of the new F-150 Lightning, several other competitors are already developing their version of the all-electric pickup truck including the Chevrolet Silverado, Tesla Cybertruck, and Rivian R1T.

On the heels of the new Ford F-150 Lightning, Ford is planning to invest $20 Billion more in developing EVs. This is in addition to the $30 billion already allocated for EV funding up to 2025. A lot of this might be used to boost production capacities of new EVs like the F-150 Lightning and even hybrid models like the Maverick pickup truck. Production of the F-150 Lightning will also be doubled to 150,000 units by 2023. You can also read more about the wonderful top 10 travel places.

To improve investor sentiment, Ford is also planning on spinning off some of its EV business for electric startups. An unspecified number of engineers were also hired by the company for research and development of batteries, electric motors, and more importantly software., and a lot of the workforce is focused on developing AI and EV software. Digital connectivity is another important factor of modern automobiles that Ford is focusing on.

Overall, Ford is going all-in on electric vehicles and connected car technologies with all their upcoming releases.

After news of its EV plans, Ford’s market value hit an all-time high this January, surpassing $100 Billion in a 20-year high. Currently, Ford is valued at $82 Billion, topping GM at $76 Billion and Rivian at $58 Billion if we compare market caps. However, it’s still nowhere near Tesla at $900 Billion.

Boost in EV sales for January

If we take a look at EV sales alone, sales have tripled to 13,169 units, a significant increase from just a year ago. The numbers are also higher than other rivals in the EV segment. We can expect the numbers to rise significantly over the years as new models like the electric Bronco, Maverick, and more are released.

As with all manufacturers, Ford is also planning on significantly reducing CO2 emissions according to the Paris Climate Agreement, and has set a goal for 2050 to achieve carbon neutrality globally. Ford has also invested nearly $700 million in employing advanced sustainable manufacturing technologies to work towards the goal.

Working on the EV infrastructure

Unlike regular IC cars that only require fuel, for the most part, incorporating and developing EVs for real-world usage is no small feat. Ford aims to increase EV adoption by also targeting commercial users with vans and pickup trucks at an affordable and more accessible price point. So far, along with home charging solutions, Ford already has one of the largest public charging networks in the country with nearly 70,000 plugs. Cloud-connected services and navigation will also help owners plan their trips accordingly so that they don’t run out of charge and are routed to a nearby charging station. The FordPass system will also allow easy payments while charging. Ford has already set up more than 2,300 dealers to sell their EV offerings in all 50 states, increasing their reach.

Have Driving Schools in the UK Bounced Back from Covid?