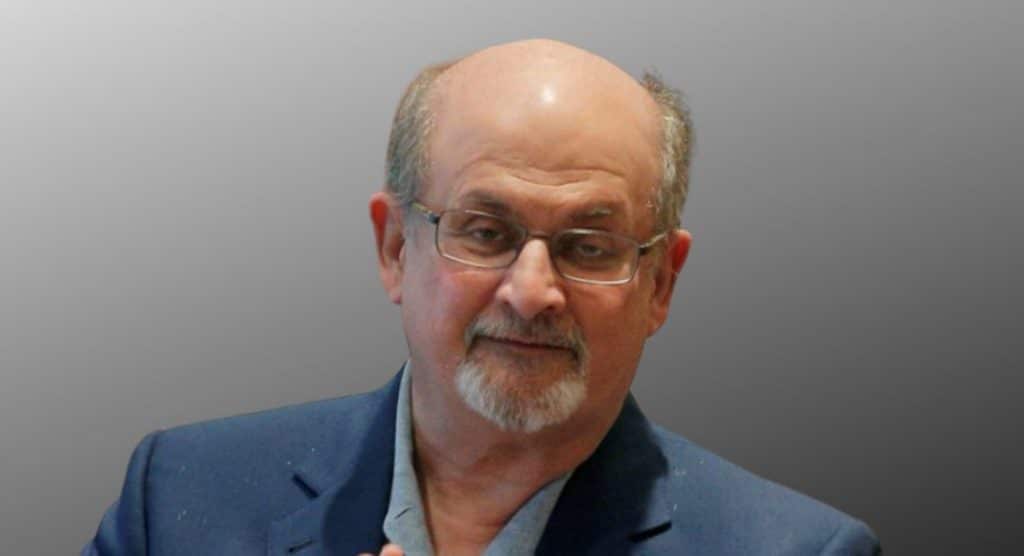 Salman Rushdie, whose work “The Satanic Verses” attracted death threats from Iran’s government in the 1980s, was stabbed in the neck and abdomen Friday during a lecture in western New York by a man who rushed the stage as the author was ready to speak.

Salman Rushdie, 75, was airlifted to a hospital and had surgery. His agent, Andrew Wylie, said the writer remained on a ventilator Friday evening, suffering from a damaged liver, severed nerves in his arm, and a potentially blind eye.

Hadi Matar, 24, of Fairview, New Jersey, was identified as the attacker by police. Following his arrest at the Chautauqua Institution, a nonprofit education and research organization where Rushdie was supposed to speak, he was awaiting arraignment.

Matar was born in America to Lebanese parents who came from Yaroun, a border community in southern Lebanon, according to Mayor Ali Tehfe. He was born a decade after “The Satanic Verses” was first published.

The motivation for the attack remained unknown, according to State Police Maj. Eugene Staniszewski. Many Muslims saw Rushdie’s 1988 novel as blasphemous, citing, among other things, a character as an affront to the Prophet Muhammad. The novel was outlawed in Iran, where late leader Grand Ayatollah Ruhollah Khomeini issued a fatwa, or decree, ordering Rushdie’s execution in 1989.

Event moderator Henry Reese, 73, was also attacked. According to authorities, Reese received a face injury and was treated and discharged from the hospital. He and Rushdie intended to talk about the United States as a safe haven for writers and other artists in exile.

The stabbing sent shockwaves from Chautauqua to the United Nations, which released a statement expressing U.N. Secretary-General Antonio Guterres’ dismay and emphasizing that free expression and opinion should not be met with violence.

The Iranian delegation to the United Nations did not immediately react to a request for comment on Friday’s incident, which was the lead story on Iranian state television’s evening news show.

Salman Rushdie has been a vocal advocate for free expression and liberal causes, and the literary community reacted angrily to what author and Rushdie acquaintance Ian McEwan called “an assault on freedom of thought and speech.”