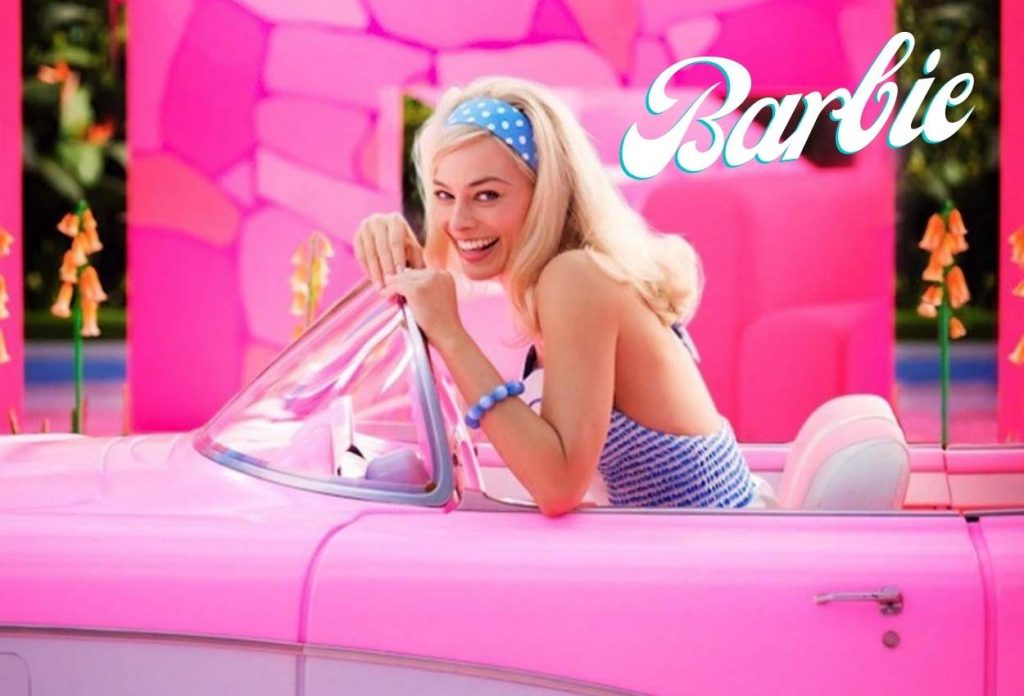 Barbie is finally returning to the big screen next summer, with an official release of July 21, 2023.

Warner Bros. confirmed the release date at CinemaCon, as well as the first official look at the film, in which Margot Robbie portrays the eponymous doll and Ryan Gosling plays her beau Ken. The first look photograph shows Robbie, dressed in a blue ensemble, smiling from the driver’s seat of Barbie’s traditional pink convertible.

Fans of the traditional doll will be intrigued by the Hollywood studio’s rendition, as well as Barbie’s clothes. Robbie wore a bright striped halter neck shirt with a polka dot headband and a hefty bead bracelet in the first look. Her blond hair is styled in loose waves underneath the shoulder.

Greta Gerwig will direct Barbie, her debut film since Little Women in 2019. She debuted her solo directorial debut in 2017 with Lady Bird, starring Saoirse Ronan and earning her an Oscar nomination for Best Director. Gerwig also collaborated on the script for Barbie with her regular collaborator and real-life husband Noah Baumbach.

Filming is presently taking place, but plot specifics are being withheld. Furthermore, and according To Hollywood Reporter, the film will include a meta aspect, which we believe would have something to do with Ferrell’s part.

Ruth Handler, one of the founders of toy company Mattel, was inspired to create Barbie after seeing her daughter Barbara play with paper dolls for hours. According to Mattel, she saw an “opportunity to advocate and encourage girls by creating a three-dimensional doll that teaches them that they can be anything.” Read more about Doctor Strange 2.

Barbie had blond hair, blue eyes, and was dressed in a swimming suit when she debuted. Barbie has played a variety of roles, including secretary, astronaut, and first lady.