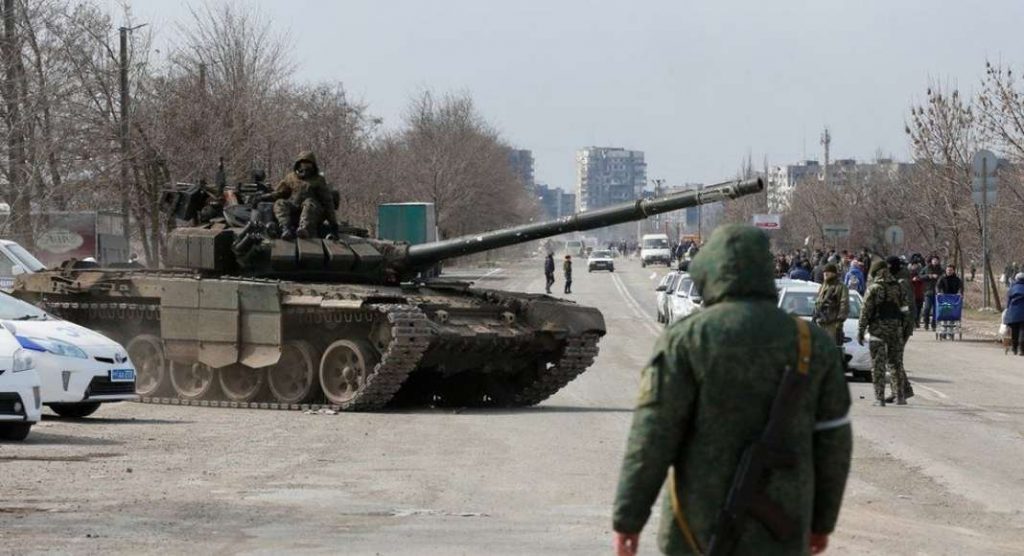 Ukrainian authorities rebuffed a Russian ultimatum that their men in Mariupol lay down their guns and hoist white flags on Monday in return for safe passage out of the beleaguered key port city.

Even as Russia stepped up its assault on Mariupol, its advance in other regions of Ukraine has faltered. According to Western officials and commentators, the larger fight has devolved into a battle of attrition, with Russia continuing to strike cities.

Late Sunday, Russian Colonel-General Mikhail Mizintsev spelled out Moscow’s offer, stating Ukrainian forces and foreign mercenaries who put down their guns and hoisted white flags would be permitted to depart.

According to Daria Morozova of the self-proclaimed Donetsk People’s Republic, all those who remained behind will face a military tribunal for “all the crimes of the Ukrainian national battalions.” She stated that inspectors would be sent into the city once Russian soldiers had ‘fully cleaned’ it.

According to emergency officials, a retail complex in Kyiv’s densely populated Podil area in the city center was a smoldering, flattened wreck Monday after being hit the day before by shelling that killed eight people. Every window in a nearby high-rise was smashed by the power of the explosion. As firemen worked their way through the devastation, artillery echoed in the background.

The European Union’s foreign policy leader, Josep Borrell, condemned Russia’s attack on the Ukrainian port city of Mariupol on Monday as a “major war crime,” as the union mulled putting more penalties on Moscow. ‘Destroying everything, blasting and murdering everyone,’ Borrell stated at a meeting of EU foreign ministers.

Russia has also continued it’s bombing of other Ukrainian towns today, striking a shopping center and numerous residences in the capital Kyiv in the early hours, turning the former to ruins. Bombings in the surrounding city of Sumy also targeted an ammonia plant, prompting an evacuation.