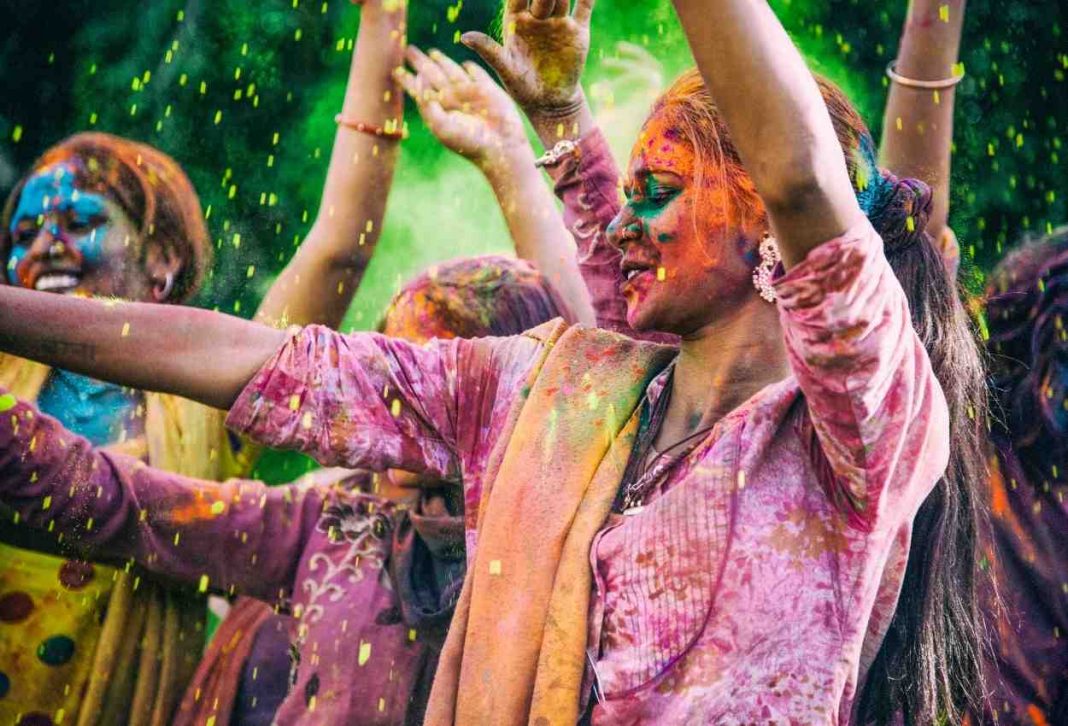 Holi, the ancient Hindu Festival of Colors, is being celebrated all over the world with vibrant colors. Hindus celebrate the holiday by playing with colors and burning bonfires throughout India, Nepal, and around the world.

The annual event will be held this year on the nights of Sunday, March 28, and Monday, March 29. Holi happens on a different day each year because it follows the Lunar calendar rather than the Gregorian calendar. Holi is celebrated every year around the time of the full moon in the Hindu calendar month of Phalguna.

The first evening is known as Holika Dahan or Chhoti Holi, and it is when friends and relatives gather around a bonfire to celebrate the victory of good over evil and to hope that this victory may be reflected within them, destroying any internal evil. The next day is known as Holi or Rangwali Holi.

This is a free-for-all color festival in which participants are encouraged to splatter colorful powder on one another and drown one another with water guns. In India, festival-goers sprint through the streets, chase each other in parks and adorn each other outside temples. You can also read more about Bath & Body Works Candle Day.

Groups carry drums and participate in the celebrations by dancing, playing music, and flinging colored powder. The festival is associated with a number of different Hindu stories, but the overarching theme is the triumph of virtue. One of the most known legends is of the Hindu god Krishna’s exploits in Vrindavan, northern India.

He’d get into a lot of mischiefs, pretending to be someone else, stealing butter from cowherd girls, and generally delighting everyone he met. He occasionally played colored water games with his milkmaid companions, sharing pleasure and love while eradicating greed and hatred. The narrative teaches us about love in its purest form, without selfishness, greed, envy, or rage.

Many of this year’s celebrations, like those in other parts of the world, have been canceled owing to the coronavirus epidemic, resulting in activities being transferred online. Leicester Holi, for example, conducted an online festival with musical performances on Sunday, March 28.