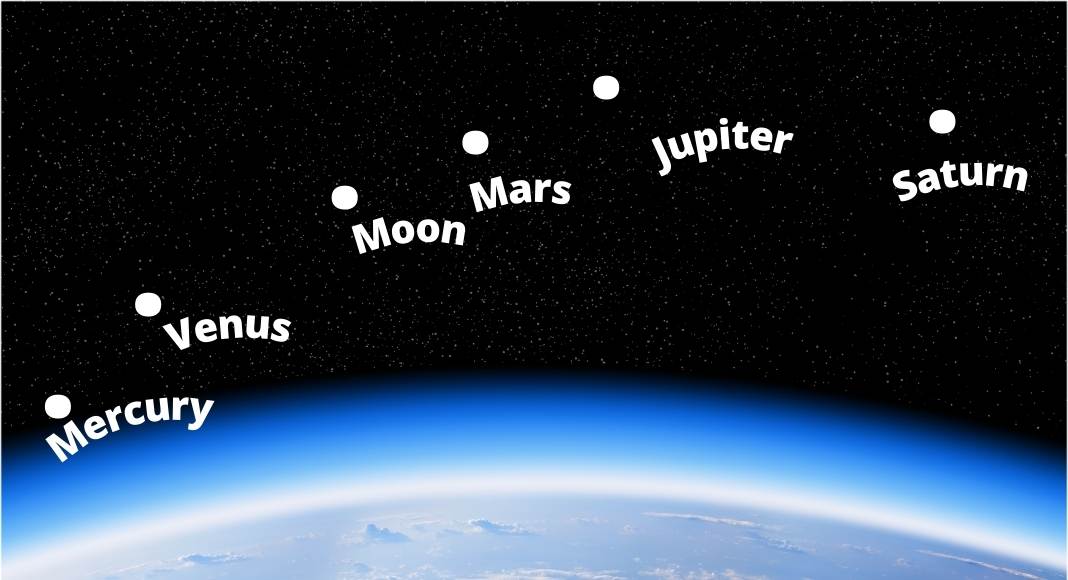 This week, five planets are heading into a unique alignment that will be seen from Earth. For the first time since December 2004, Mars, Mercury, Venus Jupiter, and Saturn are aligning in that sequence. The phenomena will be best apparent to stargazers on Friday, June 24.

Conjunction of three planets close together is typical, but witnessing five is unusual, according to Sky & Telescope.

According to another account, the occurrence is even more amazing since the planets will be aligned in their current sequence from the sun.

The planets appeared visible in the early sky, but they were fragmenting. However, NASA warned that by September, two of these planets will no longer be visible in the morning sky.

According to NASA, four of the visible planets have been aligning up in the last several months. Saturn, Mars, Jupiter, and Venus, on the other hand, will spread apart during the following few months. Most viewers will no longer be able to see Venus and Saturn by September.

The M13 globular star cluster, a tightly populated spherical collection of stars, will be visible in June as well. The M13, also known as the Hercules Cluster, is made up of hundreds of stars that are considered to be roughly 12 billion years old almost as ancient as the universe itself, according to NASA.

While the planet alignment has indeed begun, it will be visible above the Eastern horizon throughout June. If you don’t have a telescope, the greatest time to see the alignment is this morning, between 3:39 and 4:43 a.m.

Mercury was once the most difficult planet to view. However, when Mercury rises in altitude, it grows brighter, making it easier to see. This also completes the set of five separate planets.

This alignment would last until June, and analysts believe the next alignment will not occur until 2040. As a result, this is a once-in-a-lifetime opportunity that no space fan should pass up.