7 Dead, 3 Missing in Brazil After the Cliff Collapses on Tourist Boats 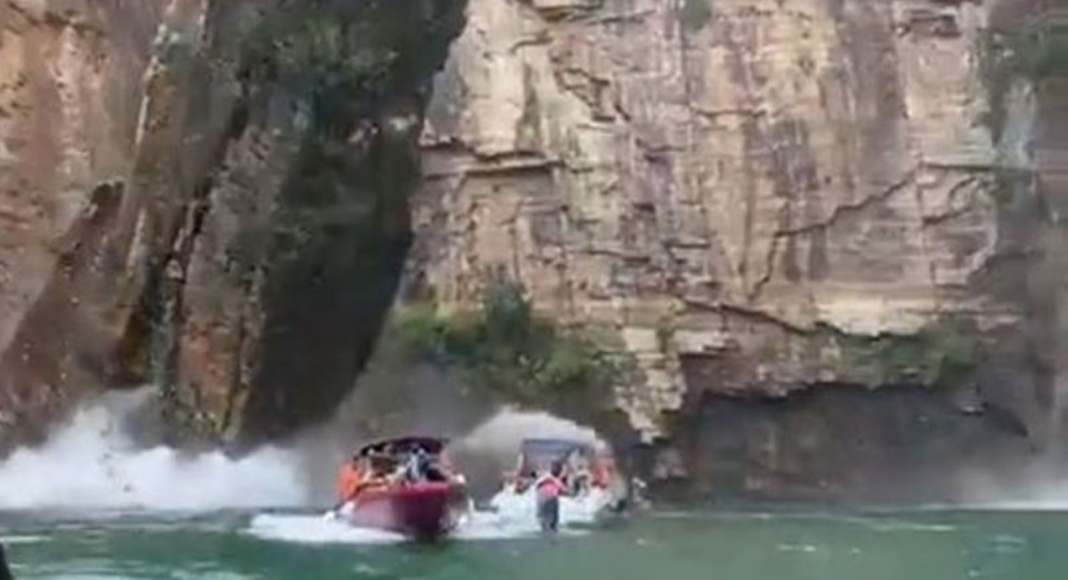 A massive rock fell on top of several tourist boats in the Brazilian state of Minas Gerais, At least 7 people were killed and 3 missing.

On Saturday, a canyon wall fell into the water and onto motorboats on Furnas Lake in Capitolio, Minas Gerais state, injuring 32 persons, nine of them were badly.

Rescuers, including a dive team and members of the Brazilian Navy, hurried to Furnas Lake in Minas Gerais state, where scared visitors had watched helplessly as a massive rock chunk broke off a ravine and landed on three boats. One of the boats looks to have sunk, while the others escaped.

The fall occurred at 11 a.m. local time (14:00 GMT) after days of rain in Minas Gerais state, which left the cliffs more prone to collapse, according to local fire officials.

Firefighters initially reported 20 missings, but “that number was significantly decreased since a major portion of the casualties who were unaccounted for were persons who relocated to hospitals on their own,” Aihara said in a voice message.

Tourists go to witness the rock walls, tunnels, and waterfalls that surround the emerald waters of Lake Furnas, generated by the same-named hydroelectric dam.

Another social media video shows the minute before the fall when numerous individuals warn that “tons of stones are falling” and shout at the passengers of the other boats to get away from the wall.

President Jair Bolsonaro retweeted several of the footage and stated that “as soon as the sad catastrophe occurred, the Brazilian Navy went to the spot to rescue victims and remove the injured.”