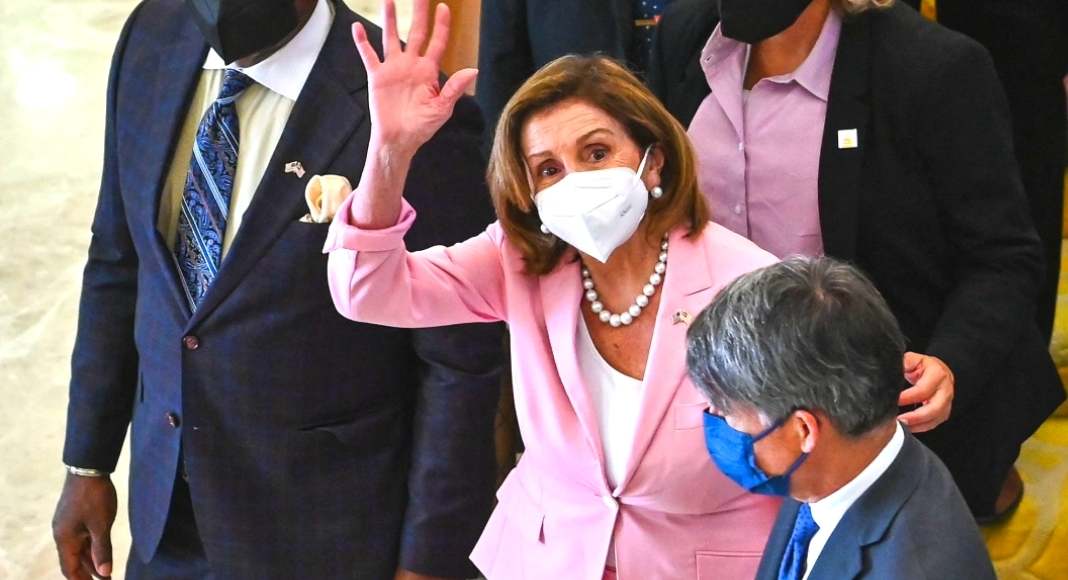 House Speaker Nancy Pelosi (D-Calif.) landed in Taiwan late Tuesday, ignoring Chinese warnings not to visit the self-ruled island that Beijing claims as its own and laying the stage for a severe escalation of tensions between China and the US.

Our visit reiterates that America stands with Taiwan: a robust, vibrant democracy and our important partner in the Indo-Pacific. pic.twitter.com/2sSRJXN6ST

Pelosi’s jet touched down at Taipei’s Songshan airport shortly before 11 p.m. local time. She was met by Taiwan’s foreign minister, Joseph Wu, and personnel from the American Institute in Taiwan (AIT), the de facto US embassy in Taipei, while wearing a face mask.

Pelosi‘s visit has incensed China, which has attempted to isolate the island diplomatically for years and regards such interactions with high-level foreign leaders as support for Taiwanese independence.

Despite never having controlled Taiwan, a self-governing democracy with a population of 23 million people, the Chinese Communist Party claims it as their territory. Chinese President Xi Jinping has promised to use force to reunify Taiwan with China.

The visit was condemned by China’s Ministry of Foreign Affairs as a major infringement of the one-China principle and the conditions of the three China-US joint communiqués, adding that China strongly opposes and harshly condemns this, and has made serious démarche and strong protest to the US.

Taiwan remains one of the most sensitive issues. President Joe Biden and his Chinese counterpart Xi Jinping talked about it extensively during a two-hour and 17-minute phone discussion on Thursday, as tensions between Washington and Beijing rose.

However, Biden did not think it was his place to tell her she should not travel, and he has avoided publicly commenting on her trip since his original comments on July 21.