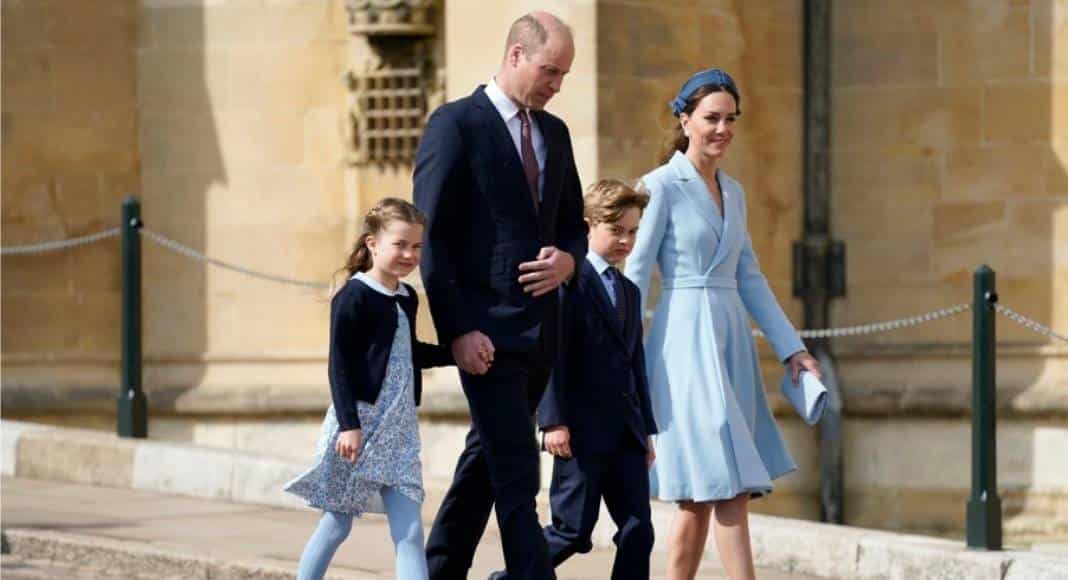 The Queen did not attend the usual Easter Sunday service in Windsor, which was led by the Duke and Duchess of Cambridge, due to a succession of canceled commitments.

William and Kate were joined at St George’s Chapel, Windsor Castle, by their children, Prince George, and Princess Charlotte. However, the queen, 95, did not attend after missing a series of important events due to mobility concerns in recent months.

The Prince of Wales and Duchess of Cornwall, who accompanied the Queen at the Royal Maundy ceremony on Thursday, didn’t even attend the Easter Sunday service either. Kate wore pale blue, same did her daughter, who went with William to the church in the grand hall.

Prince George, resembling his father, dressed formally in a suit and tie. The Cambridge kids made a further rare appearance on the show last month in honor of their great-grandfather, the Duke of Edinburgh.

The Queen, who has also been suffering from movement concerns, will not participate the service, which is a regular fixture on the royal calendar. The future king, eight, and his six-year-old sister attended Philip’s memorial ceremony at Westminster Abbey with their parents.

The Queen attended a recent ceremony in Westminster Abbey honoring the legacy of the Duke of Edinburgh, which was attended by prominent royals and hundreds of others, and she has been taking out online events as well as her usual obligations as head of state.

The 95-year-old, who celebrates her 96th birthday on Thursday, achieved her Platinum Jubilee in February and battled a bout of Covid after positive tests that month.

Following spending a night in the hospital in October, she was ordered by physicians to perform only light duties for the next three months, missing a number of important occasions.