Tsunami observed in Samoa of America after Tonga volcano erupts 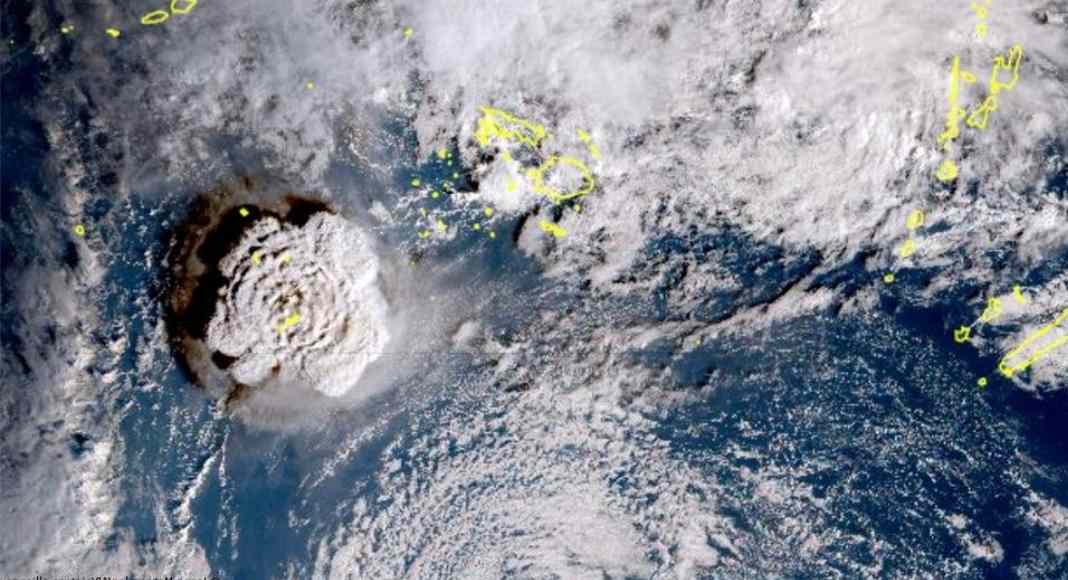 Tonga declared a tsunami warning on Saturday after an underwater volcano erupted, bringing massive waves slamming across the beach and residents fleeing to higher ground.

Tsunami waves were seen in Tonga’s capital and American Samoa’s capital, according to a tsunami monitor headquartered in the United States.

Perhaps the most violent, explosive volcanic eruption ever observed on satellite. #HungaTonga

Plumes to 100,000 feet, an outward explosion of gravity waves, an enormous mass of pyrocumulonimbus/volcanic thunderstorms, tens of thousands of lightning strikes, a tsunami… wow. pic.twitter.com/nGRhfLyP3p

The eruption of the Hunga Tonga-Hunga Ha’apai underwater volcano, located approximately 65 kilometers (40 miles) north of Nuku’alofa, triggered a 1.2-meter tsunami, according to Australia’s Bureau of Meteorology.

New Zealand, which is almost 2,000 kilometers away from the eruption’s epicenter, has also issued a tsunami warning.

The National Emergency Management Agency of New Zealand warned that portions of the nation might see “strong and unusual currents and unexpected surges near the beach.”

The US-based observer subsequently withdrew tsunami alerts for the US territories of American Samoa and Hawaii, but warned the tsunami continued a hazard in portions of the Pacific closer to the volcano.

Fiji issued a tsunami warning, advising inhabitants to stay away from the coast “due to high currents and hazardous waves.” You can also read more about 2 small Earthquakes.