WHO declares monkeypox is now a global emergency 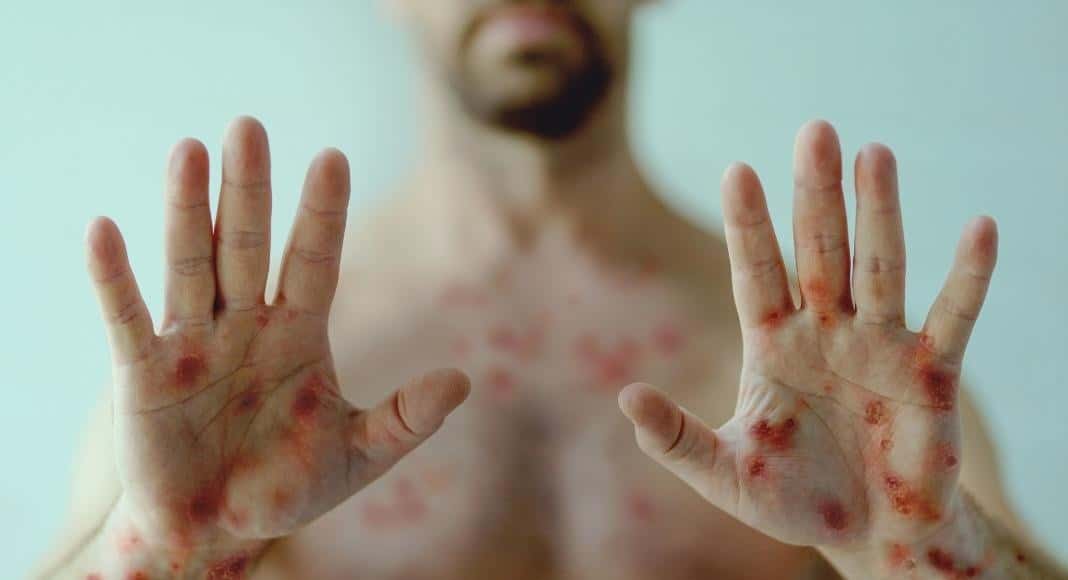 The unprecedented global monkeypox epidemic was deemed a public health emergency on Saturday by the World Health Organization, giving it the authority to take further steps to attempt to stop the virus’s spread.

Unusually, WHO Director-General Tedros Adhanom Ghebreyesus made the announcement despite the fact that the committee of experts he assembled to analyze the problem did not urge him to do so since they were unable to come to an agreement. A PHEIC was not deemed to be a public health emergency of international significance by the same committee when it convened only one month before.

Despite the fact that the committee doesn’t really vote, a poll of the members showed that nine believed a PHEIC shouldn’t be declared and six agreed. When the group convened in June, there were three in favor and 11 opposed.

In a press conference held to announce the choice, Tedros observed, “Nine and six is very, very close.” I had to resolve ties since the committee’s purpose is to make recommendations.

“We believe this will mobilize the world to act together. It needs coordination and not only coordination but solidarity,” he said.

The WHO stated in a report on the meeting that the emergency committee members who opposed the declaration of a PHEIC were worried, among other things, that it might lead to abuse and stigmatization of men who have sex with men, the community where the vast majority of cases in this outbreak are occurring. The global health organization was adamant that this should not occur.

According to Mike Ryan, who oversees the WHO’s Health Emergencies Program, “it is extremely crucial that the existence of a public health emergency of international concern and the intensification of surveillance and control efforts are not used as a means of coercive surveillance or for the imposition of measures that would impede the dignity and human rights of the people affected.” “It’s crucial that we strike the correct balance.”

Only a few of countries in Central and Western Africa have an endemic monkeypox outbreak. However, six instances were recorded in May by public health authorities in London among persons who had not visited an endemic country. In guys who have intercourse with men, four of the six were found.

In the following weeks, the number of cases worldwide exploded, reaching more than 16,000 in more than 75 nations throughout Europe, North and South America, the Middle East, new regions of Africa, South Asia, and Australia. There have been around 2,900 instances reported in the US.

Tedros is granted specific powers by the PHEIC (pronounced “fake”), including the authority to advise on the appropriate course of action for certain nations. It may also encourage international cooperation for a more coordinated response. Making sure that vaccinations and treatments, which are in limited supply, are distributed more fairly may be a part of that endeavor.

The epidemic has mostly affected homosexual, bisexual, and other males who have sex with men up to this point, with many cases happening in men who have had several recent sex partners. The WHO feels this enhances the likelihood that the outbreak may be contained.

“This is an outbreak that can be stopped with the right strategies in the right groups,” Tedros said.

However, public health authorities have emphasized that the epidemic may spread to more delicate groups, including youngsters, pregnant women, and those with impaired immune systems. In fact, Dutch researchers on Thursday revealed a case in a youngster under the age of 10 who had no apparent connection to any other affected people. In the meanwhile, two kids in the US have contracted the illness, probably via transmission inside the home.

On a larger scale, several scientists have voiced fear that it could already be too late to attempt to stop the spread and that monkeypox might become endemic in all nations.

Close contact is the major way that the monkeypox virus spreads, either directly via touch with lesions, by contact with infected clothes or linens, or through respiratory droplets. Despite an increase in case numbers, there have been no known virus-related fatalities in either Europe or the United States yet. Five fatalities have been recorded so far in 2022 in the Central African Republic and Nigeria, two of the nations where monkeypox is prevalent.

The director of epidemics and epidemiology at the Wellcome Trust in Britain, Josie Golding, stated that this outbreak should serve as a wake-up call for global leaders to strengthen the world’s ability to handle infectious disease outbreaks.

We now confront a twin issue as monkeypox cases continue to grow and spread to new nations: an endemic illness in Africa that has gone untreated for years, as well as a recent epidemic impacting underserved areas. To stop this spread, governments must take it more seriously and cooperate worldwide, according to a statement from Golding. “We cannot continue to wait for illnesses to get worse before acting.”

The pH of Banana: A Thorough Study of pH Level of Banana

How to Pick the Right Pair of Lenses for Yourself