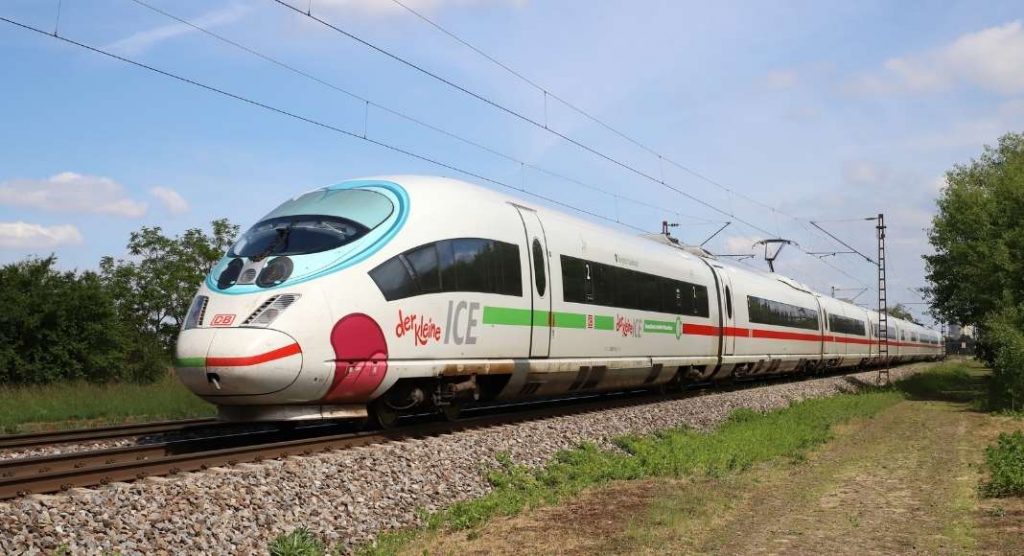 Due to the adverse impact of the global climate change, people now have brought a change in their habit of traveling on airways and reduced airway travel on short-haul routes. The people in Scandinavian countries are now traveling by speedy trains in internal movement instead of airplane. And these high-speed trains will be used for a distance of more than one thousand kilometers.

Work is underway to establish rail links in Spain, Germany, Italy, Belgium, and England by 2030.

Africa first launched the high-speed train connection in 2018 and it has introduced a high-speed railway called Al Boraq from Morocco to Egypt.

These countries are going to build high-speed railways for their important easy travel. And the speed of the trains will be 250 kilometers per hour. You can also read more about the top 10 Scientific Innovations in 2021.

People of many countries in the world will get the opportunity to travel by the supper speedy train by 2022. Let’s take a look at some of the high-speed trains those are going to be launched in the current year. 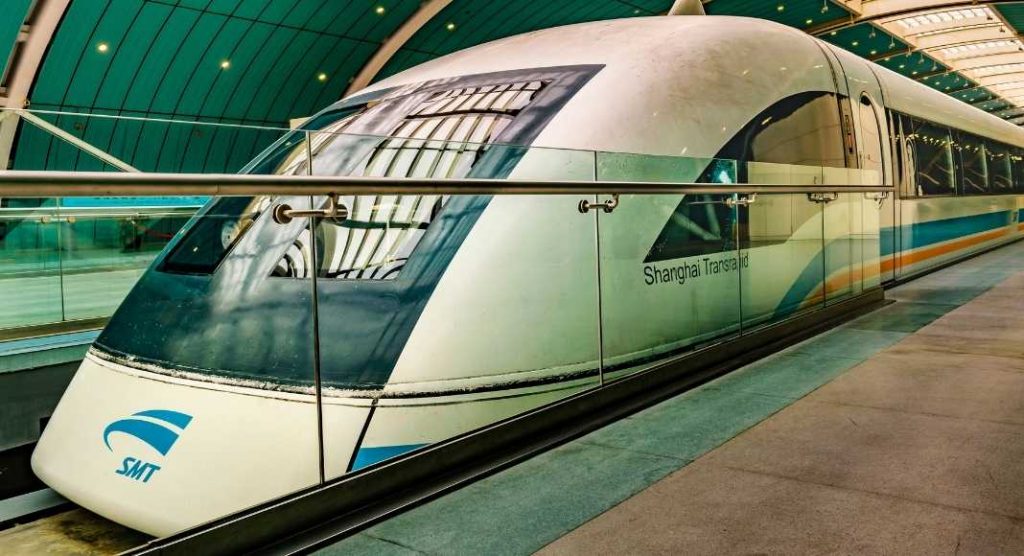 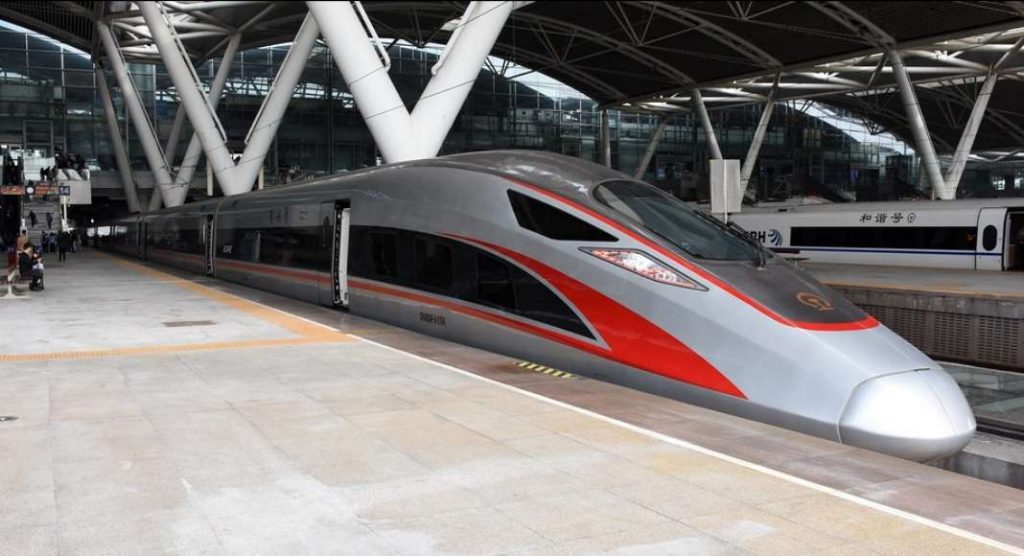 ICE 3 or Intercity-Express 3, is a high-speed electric multiple unit train. The train made in Germany is run by Deutsche Bahn.

The speed of this train is 330 kilometers per hour. The Germans have been using this train for internal communication. At present, the horsepower of the machine of the electric train is 11 thousand. 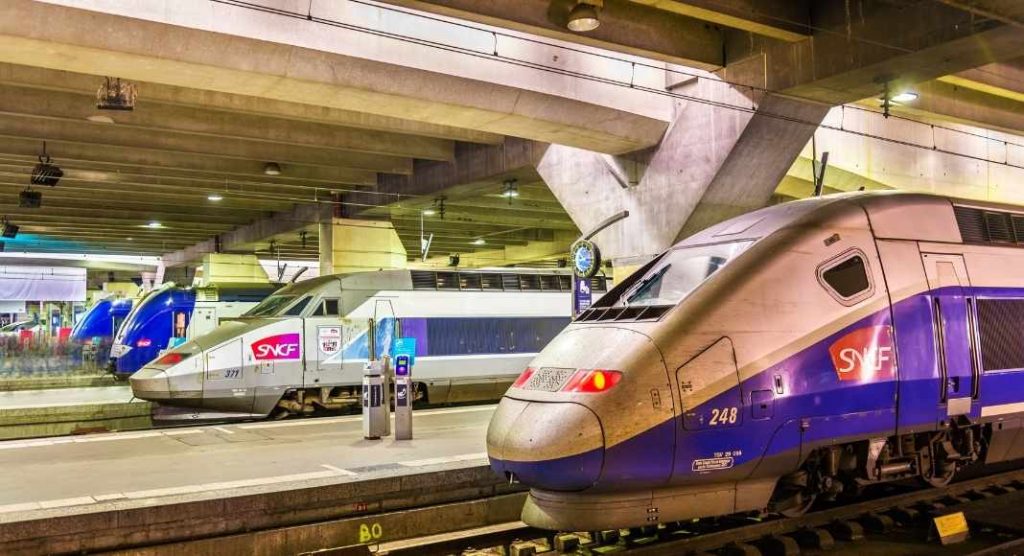 The TGV is an intercity high-speed rail service run by SNCF. The SNCF is a national state-owned railway company of France which was founded in 1938.  It began work on the building of the train from 1966 to 1974 and then presented the project to President Georges Pompidou who approved it.

The speed of this train is 320 kilometers per hour. This train runs between neighboring countries including Germany, Switzerland, and Spain. 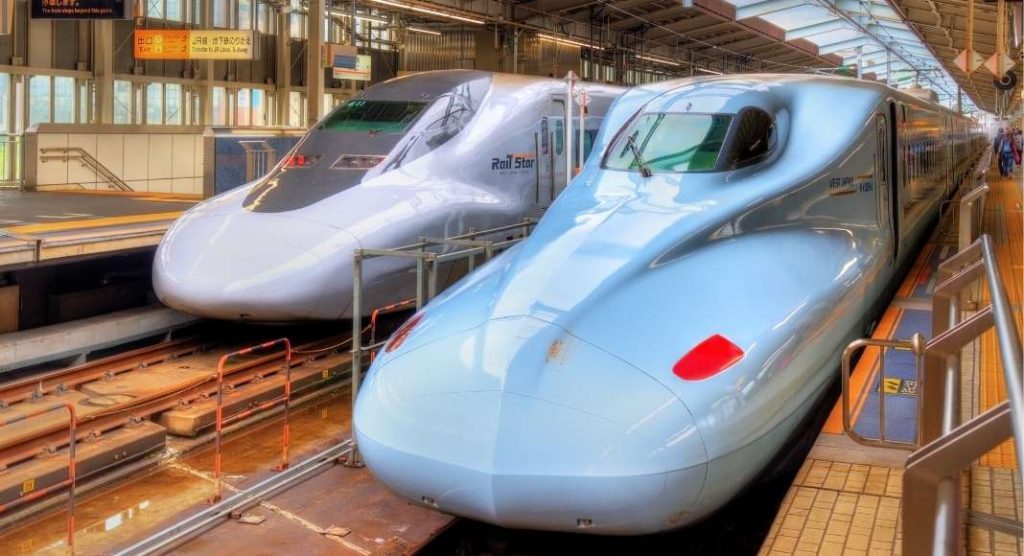 Japan first came up with the idea of operating a high-speed train in 1964. The JR East E5 train is an outcome of the idea. It is the H5 series and related E5 series high-speed train built by Kawasaki and Hitachi, heavy industries in Japan. The speed of this Japan-made tent is 200 to 320 kilometers per hour. 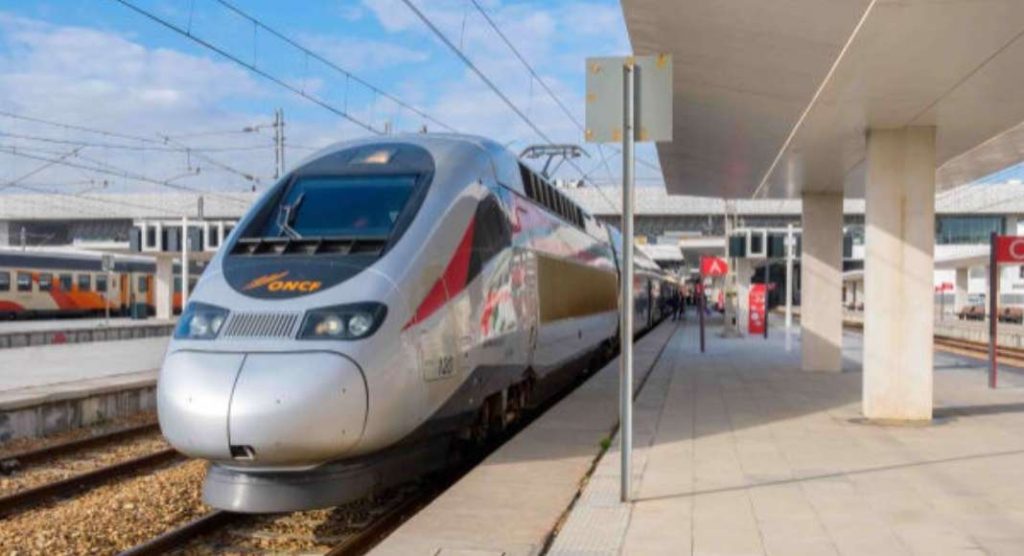 Al Boraq is also one of the high-speed trains. Ti was launched in Morocco, an African country in 2018. The speed of the train is 198 to 320 kilometers per hour. The train has been named after the Prophet Muhammad Sallallahu Alayhi Wasallam.

Prophet Muhammad Sallallahu Alayhi Wasallam travels by riding Boraq to Al-Aqsa Mosque where he leads other prophets and offers prayers here. And the train has been named in light of the spirit.

The train, the first of its kind in Africa, began its journey on November 15, 2018. King Mohammed VI of Morocco inaugurated the journey after over a decade of efforts of the ONCF, the national railway company of the country. 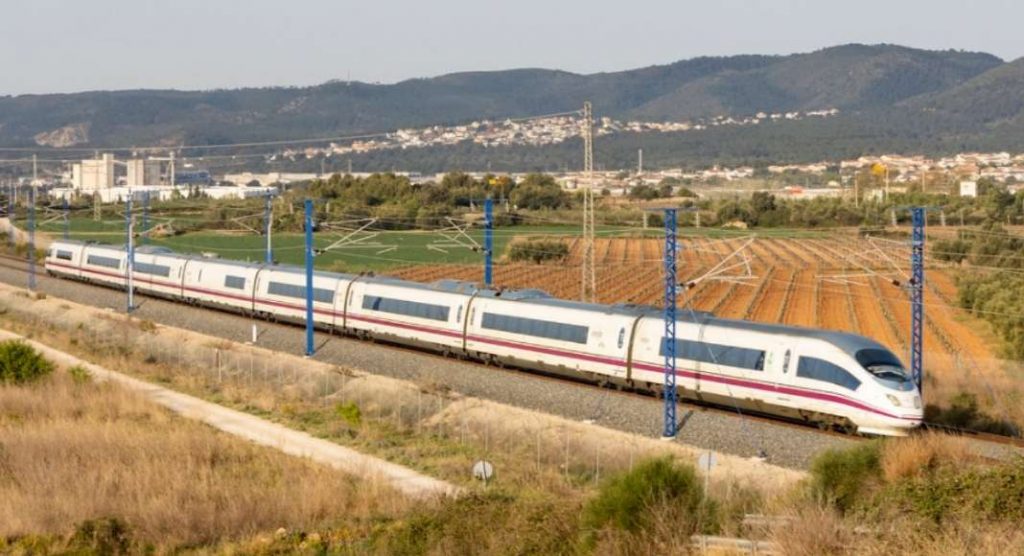 AVES-103 is a certified top speed train in the world. Spain built the high-speed AVE S-103 train. The speed of the train is 193 to 310 kilometers per hour.

The train is used for the AVE service. RENFE, state-run railway company of Spain operates the train. Siemens constructed the train. 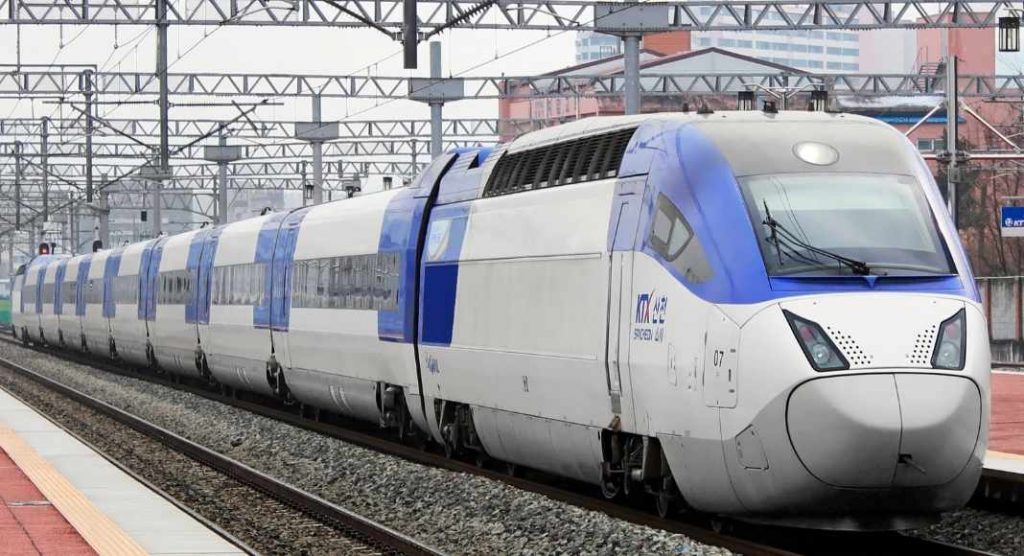 KTX is a bullet train built by South Korea in 2004. The speed of this train is 190 to 305 kilometers per hour. The modern and speedy train connects Korean cities just in a few hours and offers manifold suitable paths for Korea’s citizens and tourists.

The high-speed train is a great choice for speedy and comfortable journey for visitors.

The KTX-Sancheon and KTX high-speed trains are run by Korail, the Korea Railroad Corporation, branded as KORAIL. It is also the South Korea’s national railway operator.

The KTX offers two car class types –one economy class seats and other one is 1st class seats. 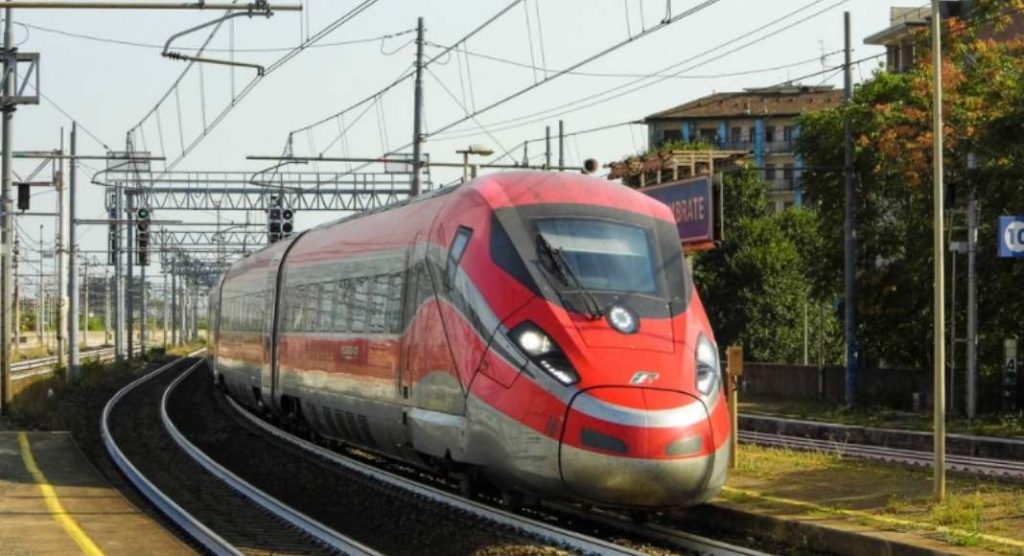 It is a high-speed train operated by Italian state operator Trenitalia. It was an outcome of the efforts of a joint venture of Italian rail manufacturer multinational conglomerate Alstom and Hitachi Rail Italy.

Production work and design of the train were divided into two parts and distributed to the two partner companies. The speed of the train is 186 to 300 kilometers per hour. In 2016, Italy launched the first high-speed railway. 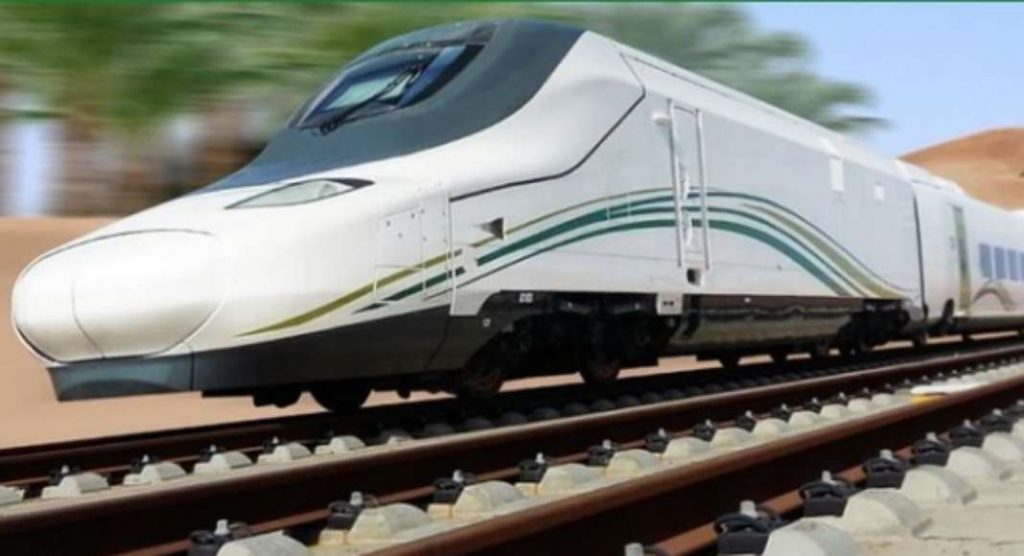 The Al-Haramain Express Train will provide a new electric railway for passengers. The scheme plans to ensure a speedy, expedient, consistent, and secure way to travel from the holy cities of Makkah to Madinah.