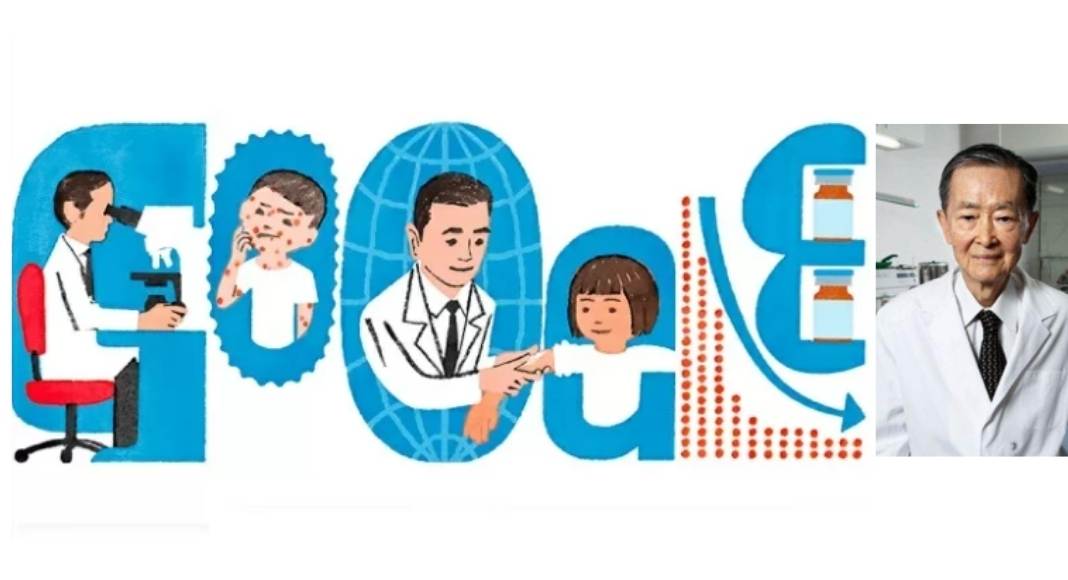 Google paid respect to Dr. Michiaki Takahashi, a Japanese virologist who produced the first vaccination against chickenpox, on his 94th birthday on Thursday.

A 3-year-old son suffering from chickenpox prompted his father to develop a vaccine to cure the extremely contagious disease over 60 years ago. Dr. Michiaki Takahashi was the man in question.

Takahashi’s vaccination has since been used to protect millions of youngsters worldwide against the illness.

Michiaki Takahashi was born in 1928 in Osaka, Japan, and received his medical degree from Osaka University before joining the Research Institute for Microbial Disease at Osaka University in 1959. After researching the viruses that cause measles and polio.

Takahashi earned a research scholarship at Baylor College in the United States in 1963. Throughout this time, his kid had chickenpox, prompting him to apply his knowledge to controlling the extremely contagious condition.

When the virologist returned to Japan in 1965, he began cultivating weaker, live strains of chickenpox. He developed the first vaccination against the Varicella Virus, which causes the illness, in 1974. The medicine was put through a rigorous trial procedure including immune compromised people, and it finally proved to be incredibly successful.

That would have been the end of the narrative 200 years ago. Throughout the 1800s, doctors who wished to vaccinate their patients against smallpox merely gathered pus and scabs from infected persons with cowpox and horsepox which aren’t nearly as contagious as smallpox. They just massaged the virus-laden goo into incisions or scratches on the patient’s arm, which involves getting an injection, especially one of anything really that’s never been in another human body, seem like a stroll in the park.

In Japan, the Research Center for Microbial Disease at Osaka University began distributing the vaccine in 1986. Dr. Takahashi’s vaccination against Varicella virus was the only one authorized by the World Health Organization at the time.

Dr. Takahashi was named director of Osaka University’s Microbial Disease Study Group in 1994. He served in this capacity until his retirement.

Chickenpox is a viral infectious disease caused zoster virus. The majority of the time, it affects young children, creating an itchy or painful rash that progresses into blisters that rupture and scab over. Fever, headaches, and weariness accompany the rash.