Many people get confused about the idea of origami as they consider it folding paper which is not as considered. Origami is an ancient form of art. It is quite similar to paper magic as a piece of paper transform into a bird, butterfly, flower, cat, snake, boat, and so on with the art of paper. It is believed that origami was invented by the Japanese people several hundred years ago and later the art spread all over the world. An origamist shows creativity and skills through his/her artwork. Art adds value to a person as it is considered an extracurricular activity. You will be stunned to know how origami helps us in so many ways.

Let’s see how origami helps us in several ways. A fidget toy for kids:

Children love origami toys as some of these moves a bit when they are designed in that way. Moreover, the colorful origami toys draw the attention of the kids due to their texture and look. The origami art pieces can be folded very easily so children can keep the toys with them and carry them anywhere they want.

Origami strengthens one’s brain as great attention is needed to make origami. One needs a lot of concentration and creativity to make the art piece which stimulates the brain. When a child learns to make origami he or she follows the Total Physical Response (TPR) method using both the left and right hemispheres of the brain.

Origami teaches kids to be patient:

Origami is a matter of creativity and patience as it needs time to think about the design and adapt the skill. Children become patient and industrious as they wait and work sincerely to get the outcome (flowers, birds, animals, etc.) from a piece of paper.

Origami makes one happy and relaxed:

Origami means the creation of something from paper. Transforming paper into an object, especially a toy makes children happy and stress-free. After spending long hours at school kids would love to learn something through fun. Origami is the best option for learning through happiness which leads to joy and relaxation.

Helps get rid of gadget addiction:

Children nowadays are addicted to gadgets, especially mobile phones and tabs. Online video games and other apps have taken place of the real-world games. If a child becomes addicted to online videos or games, he/she will face many difficulties. Making origami and playing with that can help children get rid of their addiction to gadgets.

Origami is an easy hobby that costs almost nothing as you just need a piece of paper to make it. Expensive toys can be replaced with origami in houses as children find it a great source of time-pass and fun.

Origami is a great form of art that includes skills, creativity, patience, and technique. Origami can be used for the decoration of your home. It will give your home a new look. You will be able to change the design of origami as it is easy to make and inexpensive.

Hopefully, you have enjoyed the facts about origami. 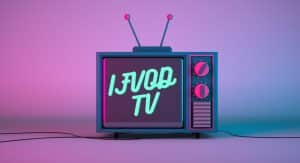 IFVOD TV: What is It? And Why Should We Use It?