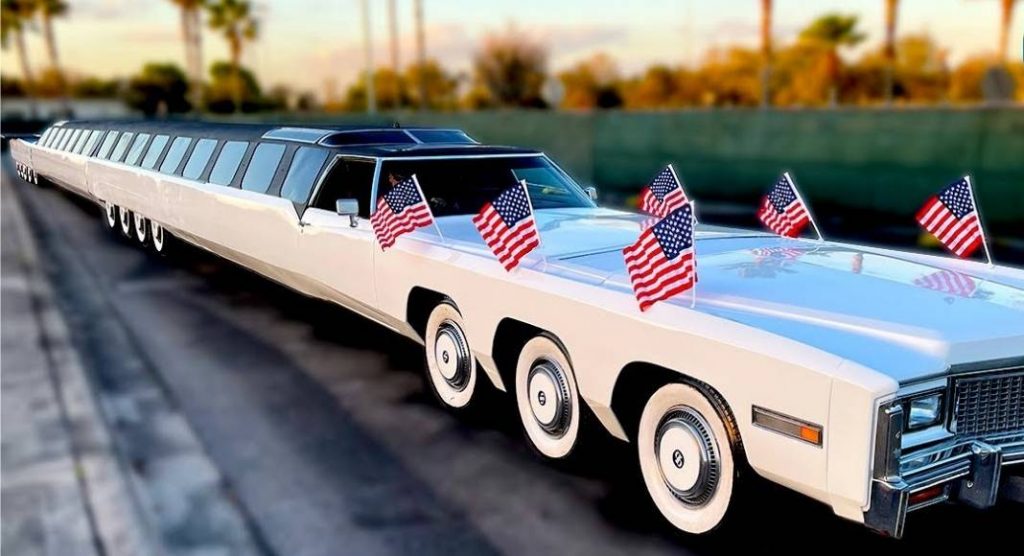 The super limo popularly known as The American Dream is the world’s longest car at present that set a Guinness Book record. The car has a swimming pool and a helipad on its rooftop.

It runs on 26 wheels and at least 75 people can sit in the car at a time and both the swimming pool and the helipad are now fully operational.

The super limo with a length of 30.54 meters (100 ft and 1.50 in) has refrigerators, a telephone, several television sets, a swimming pool and Helipad.

It can fit more than 75 people according to @GWR. @observerug pic.twitter.com/SrNBvL7d7L

After seeing inside the car, no one can easily understand whether it is a car or a luxurious house.

People can be wondered and might be thought is it possible! Yes, it is incredible but is possible and it has set the Guinness Book of World Record on March 1, 2022.

The length of the car is 100feet and 1.50 inches and it broke its own 1986 record. The car has also been seen in many Hollywood movies as it has a swimming pool and a helipad. The car is now kept at a warehouse in New Jersey of the United States.

Michael Manning, owner of a museum in New York, bought the car eight years ago after he found it in an abandoned condition behind a building elsewhere in New Jersey of America due to its size and maintenance problems. And then, he restored it in his museum to protect the car from its extinction.

The car was in a bad shape when he saw and bought it. Its window glasses were broken and there was no air in its tires. Despite the bad shape of the car, Michael Manning fell in love with it and at last, he bought it.

It is known that Michael Manning has spent a huge amount of money to protect the car. As his museum lease expired, he sold out the car on an online platform to meet his needs for money.

Later, Mike Dezer, owner of car museum and tourist attraction Dezerland, located in Florida, bought the car and added new features with it in order to make it more presentable and attractive.

The authorities of The Guinness Book of World Records have recently paid The American Dream a visit at Dezerland in Florida and re-measured the Cadillac limo and re-certified it as the world’s longest vehicle.

Manning and Dezer are now thinking of converting the car into a battery-electric vehicle at some point in the future, which would also be certified as the world’s longest EV.