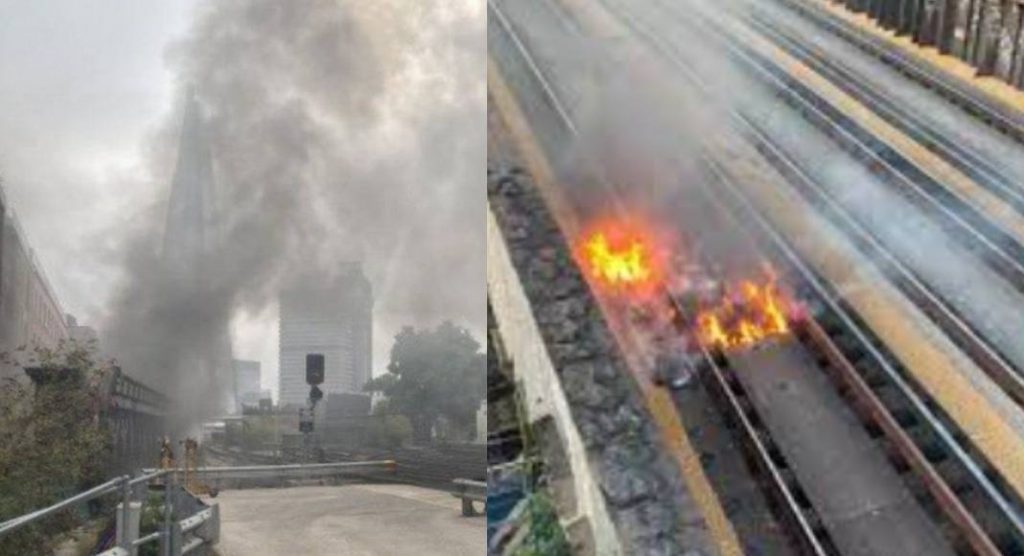 Due to a big fire emitting bursts of black smoke under railway arches in central London, train services have been affected and buildings have been evacuated.

According to the London Fire Brigade, ten fire engines and about 70 firemen were dispatched to the blaze at Union Street in Southwark on Wednesday morning, where the railway arch was entirely ablaze.

According to the London Fire Brigade, ten fire engines and about 70 firemen were dispatched to the blaze in Union Street, Southwark, on Wednesday morning, where the railway arch was entirely ablaze. All lines via adjacent London Bridge station, according to rail operator Southeastern, were badly interrupted.

Lauren Chopin, a 20-year-old student who lives two minutes’ walk from the fire, said she had to wear a mask in her flat due to the smells. There is a lot of smoke all over Union Street and other streets, and numerous fire departments are attempting to put out the fire, she added.

It occasionally slows down and the smoke turns white, only to be followed by another massive explosion of black smoke. To reduce the quantity of smoke coming in, we have closed all doors and windows.

Hanushe Lala, from Streatham in south London, was forced to leave her employment due to the smoke. At about 9.44 a.m., I was in a conference when the alarms began to sound, and everyone looked around to see whether it was genuine. Then we were all instructed to evacuate the premises, the 24-year-old facilities management worker told PA soon after 10.30 a.m. Read also about the world’s top 10 fastest trains.

Everything has been surrounded, and dense, black smoke is pouring out of the arches. All of the buildings in our immediate vicinity have been evacuated. The venue was teeming with people about a half hour ago, but now everyone is starting to leave since they’ve informed us we won’t be let back in for a long because the fire is so bad and getting worse.