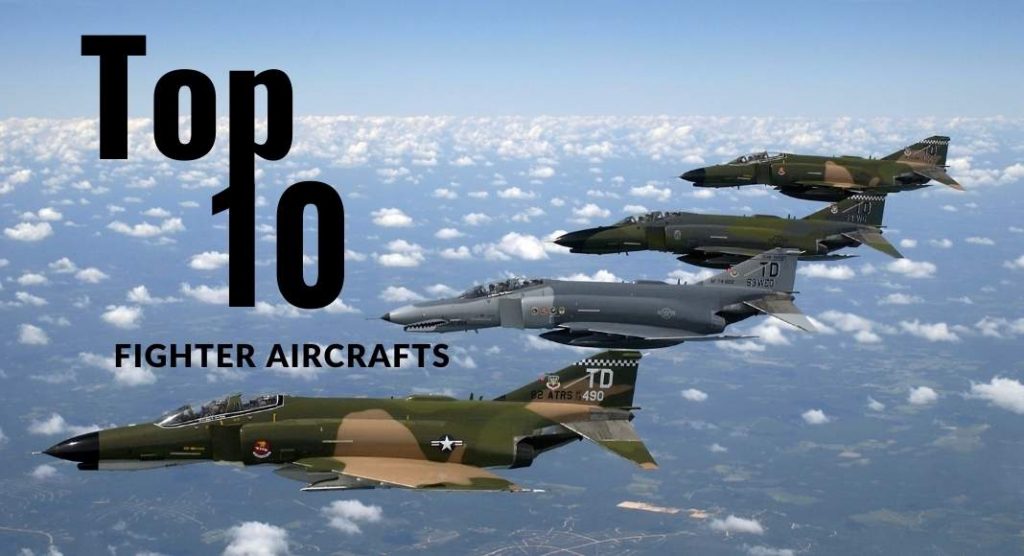 Frequently many questions have arisen about which is the most excellent and top fighter aircraft in the world at present and which is the greatest modern fighter and why.

The top 10 fighter aircrafts have been selected based on the combined score of armament, stealthiness, range, speed, maneuverability, and technology. Opinions from pilots have also been taken to select the 10 fighter planes across the world.

All of these aircrafts mentioned here are powerful and devastating incredibly, however, none of those have seen combat against each other during military operations. The analysis has been done based on the scientific and technical comparison.

This list does not contain aircraft those are currently under development. The list includes only those are operational warplanes.

The top 10 fighter Aircraft in the world are these:

The Boeing F-22 Raptor, an air superiority fighter, remains almost unseen to radars. This aircraft bears a powerful range of weapons. It is the most highest and expensive fighter aircraft to date. 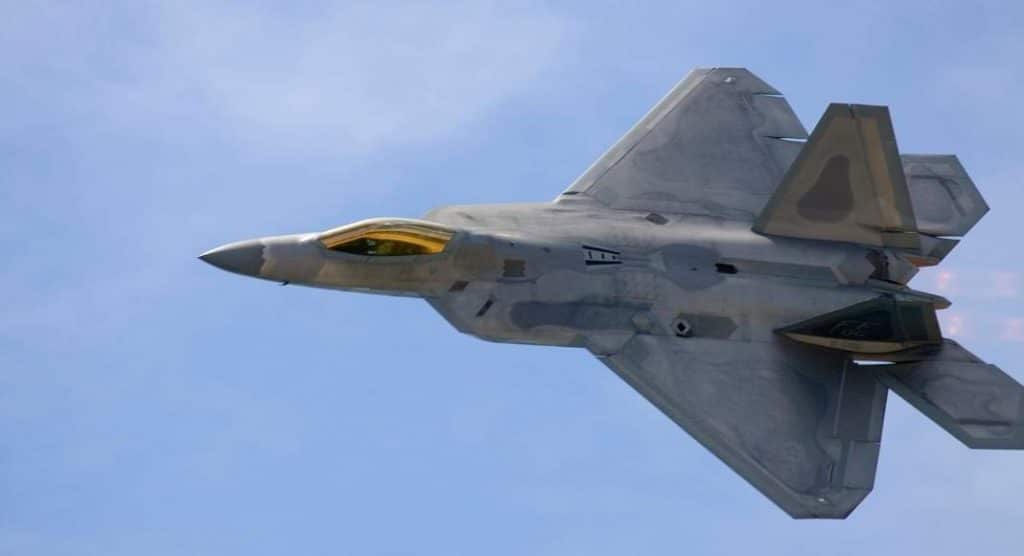 Many of the avionics and sensors of the plane remain classified. This modern aircraft was built by Lockheed Martin Corporation American aerospace, defense arms, technology, and information Security Corporation in 2003.

The Boeing F-22 Raptor will never be offered for export, even other allies or NATO countries as it is the best fighter aircraft ever built in history. Read also about World’s Top 10 Fastest Trains.

The Raptor is exceptionally maneuverable as its engines allow it to supercruise over long ranges and thrust-vectoring nozzles and combined with a triplex fly-by-wire flight control system made it a special one.

The F-22 Raptor has started life as a simple air superiority fighter. However, since its opening the aircraft lacks a frightening air threat from other countries fighters. Later, it was developed as a multi-role fighter, as ground attack capability was added.

The F-35 is also identified as the Lightning II. It is a new multi-role fighter. One of its variants, the F-35B initially attained operational capability with the American Marine Corps in 2015. 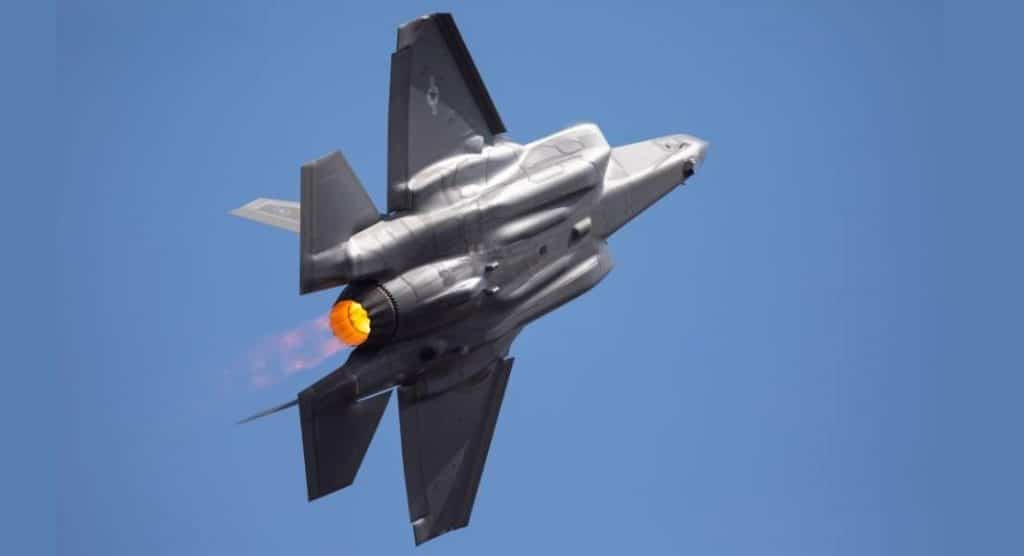 It was developed in a joint strike fighter program, which was planned to replace existing aircraft types with an ordinary fighter.

The F-35 will replace the F-16, AV-8B, A-10, and F/A-18 warplanes in service in the future with the US military. It is now being exported to many countries in the world.

The F-35 has a similar configuration to that of Lockheed Martin’s own F-22 design, but it has one engine instead of two like the F-22. It utilizes stealth technology, which makes it harder to detect and reduces its radar cross-section.

The multi-role fighter can perform on air defense missions, tactical bombing and close air support and. It is compatible with the latest air-to-ground and air-to-air missiles.

These variants share a number of parts with a view to keep development, servicing, and production and costs low. The most powerful fighter engine was used in the aircraft ever developed in the world.

It is a new Russian fighter aircraft. It began its life as the PAK FA or Future Frontline Aircraft. In 2017, the aircraft was given a regular Su-designation. The new stealthy aircraft was planned with a view to replacing ageing Su-27 and MiG-29 fighters. 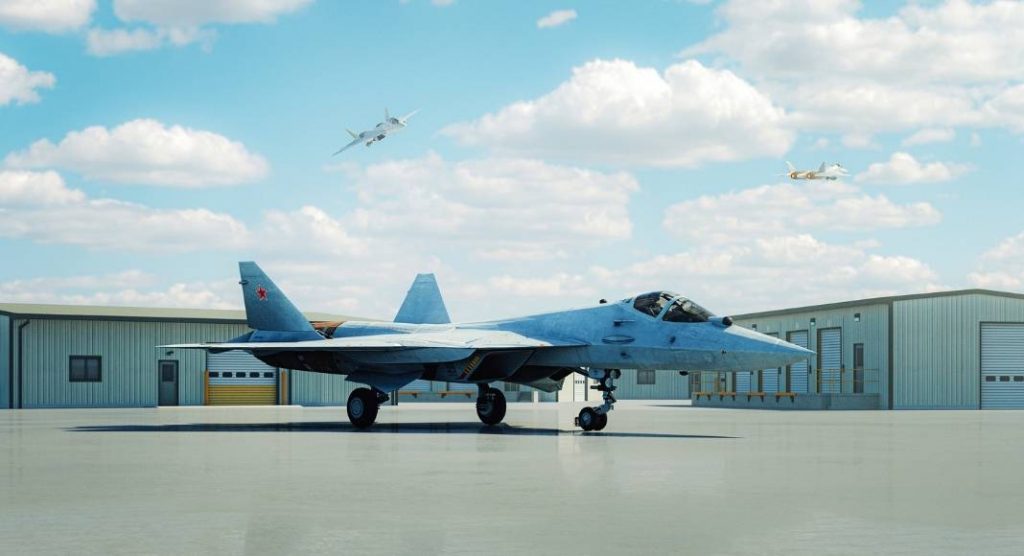 It was built as an answer to the US F-22 Raptor. Progress of the aircraft was inaugurated in 2001. A model was unveiled and made its first flight in 2010. It was designed in 2018 for the first batch of 12 pre-production fighters and delivered to the Russian Air Force.

In 2018, a couple of pre-production Su-57 fighters were positioned in Syria. Full-scale production was designed to begin in 2019. The Russian Air Force has a necessity for up to 150 and 200 of these new multi-role fighters.

At first, it was thought that the Su-57 is a stealthy air superiority fighter but it has been transformed into a secondary ground-attack capability that can engage in surface targets.

Though it has been referred to as a fifth-generation fighter, this fighter has 6 external and 10 internal hard-points for various air-to-surface, air-to-air, and anti-radiation missiles attacks and even guided bombs.

It also has two side-bays for short-range air-to-air missiles. This aircraft can carry up to 7500 kg of ordnance. That is a huge amount of weapons.

It is China’s new stealth fighter. It was developed to contend against the fifth-generation fighters, such as the Russian Su-57, US F-22 Raptor, and other advanced fourth-generation fighters. There is speculation that the development of the J-20 was aided by the MiG, a Russian aviation company. 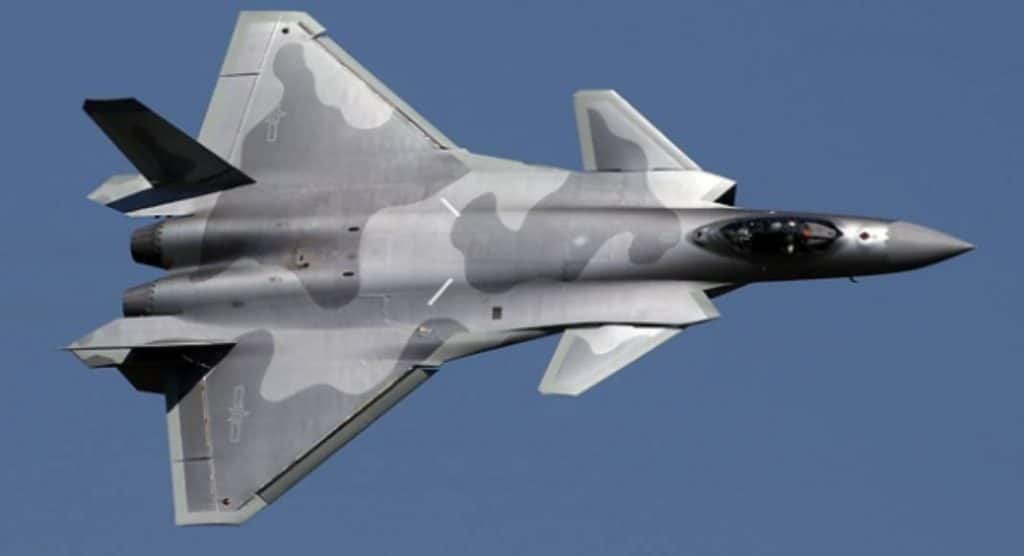 The low-rate primary production of stealthy aircraft started in 2015. The first operation of the J-20 stealth fighters was delivered to the Chinese air force in 2016. The stealthy fighter was officially designed by China’s air force in 2017.

China has taken a transparent move towards its military progress during the last decade. And thus, there is little official information about this plane.

The new J-20 is a long-range and medium superiority fighter in the air, which also has secondary ground-attack ability. The new fighter plane is an advanced fourth-generation fighter, rather than a fifth-generation one.

The missiles are stored in these two weapon bays with a view to reducing the radar cross-section. For long-range missions, it also has large fuel tanks. The J-20 carries more weapons and fuel than the US’s F-22 Raptor. Moreover, the aircraft is eligible for carrying out high-speed operations.

At present, the Super Hornet is the most capable US Navy’s multi-role fighter in the world. It can carry out attacks on both surface and air targets. It is also in service as the main fighter craft in Australia. 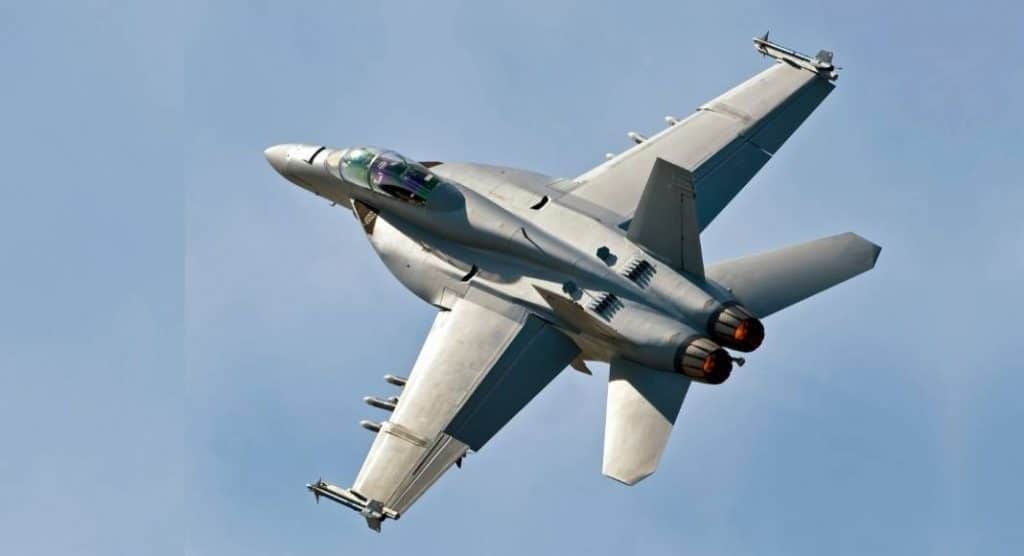 The F/A-18E/F is the largest and more eligible imitative of the F/A-18C/D Hornet. The Super Hornet is designed with advanced engines. It has added hard-point and it can carry a huge number of missiles. Due to the larger internal storage of fuel, it has an extended range. It also has developed avionics. In order to reduce radar cross-section, some measures were taken to make the aircraft more powerful.

In 1986 the Eurofighter consortium was formed by Italy, Germany, the UK, and later, Spain, to build up a new multi-role battle aircraft, optimised as a beyond image range interceptor with a capability to launch secondary ground-attack. 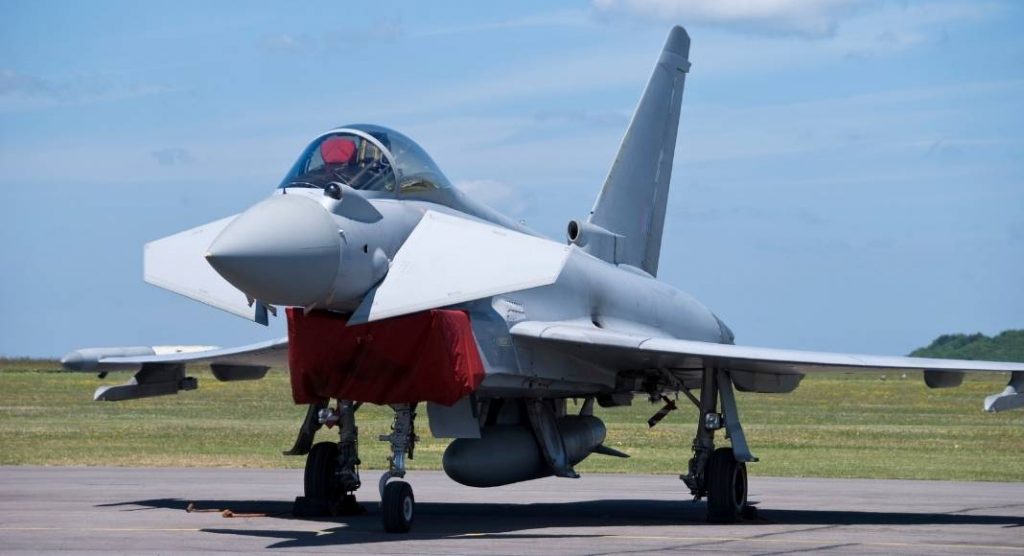 This aircraft carries advanced European-designed missiles. It is equipped with a very advanced and inclusive avionics package.

It is declared that the Typhoon is half as fight effective as the US’s F-22 Raptor. It is a rough estimate, but it seems that Typhoon is better than the French Rafale, evolved Russian Su-27 variants, F-15, and many other aircrafts in the world.

The Eurofighter Typhoon will form the foundation stone of European air power till well into the 21st century.

It is in service both with the French Navy and Air Force. The multi-role fighter plane features some of the latest avionics systems. Some measures have been taken to reduce the radar cross-section of the aircraft. It is very maneuverable indeed. It can track 40 targets and simultaneously it can fire at four targets. 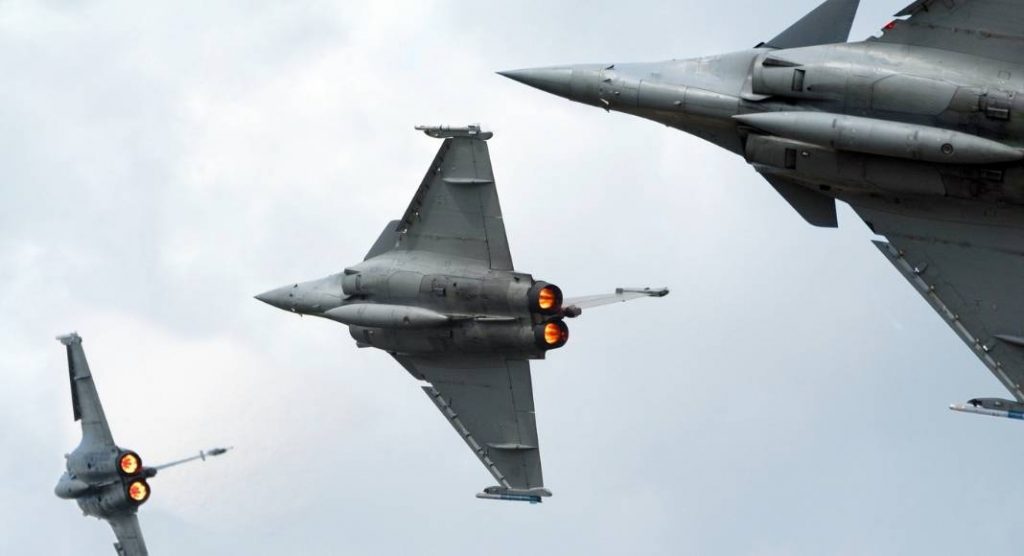 The aircraft can hold its own against the newest versions of the US’s F-16. The Dassault Rafale will form the foundation stone of French air power until well into the 21st century.

It is a multi-role fighter plane. It is also a considerably improved version of the Su-27. It is now being offered for export as an alternative to the MiG-29 and the Su-27 fighters. In 2012, it was designed by the Russian Air Force. 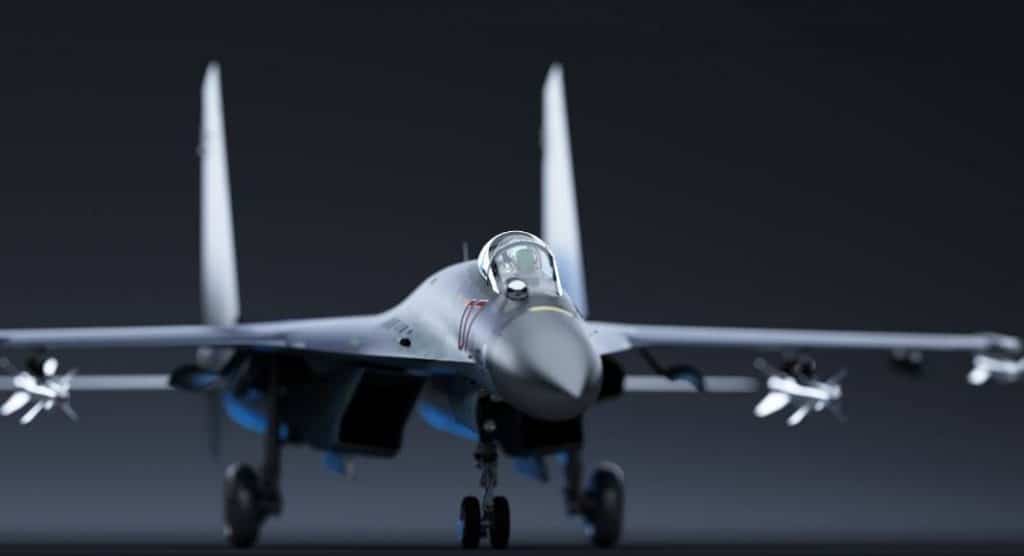 The Su-35 is initially an air superiority fighter but it has air-to-ground attack capability. The fighter plane can carry a huge amount of war weapons. It has fuselage hard-point and 12 wings and it can carry ordnance with a maximum weight of up to 8000 kg.

It has very powerful and large engines which give it the ability to supercruise for a long time. Its engines allow reaching supersonic speeds without using an afterburner. Its engines have a three-dimensional thrust vectoring that makes the aircraft very maneuverable.

The F-15 Eagle is an air superiority fighter that has been adopted deliberately to create panic in enemy defense. 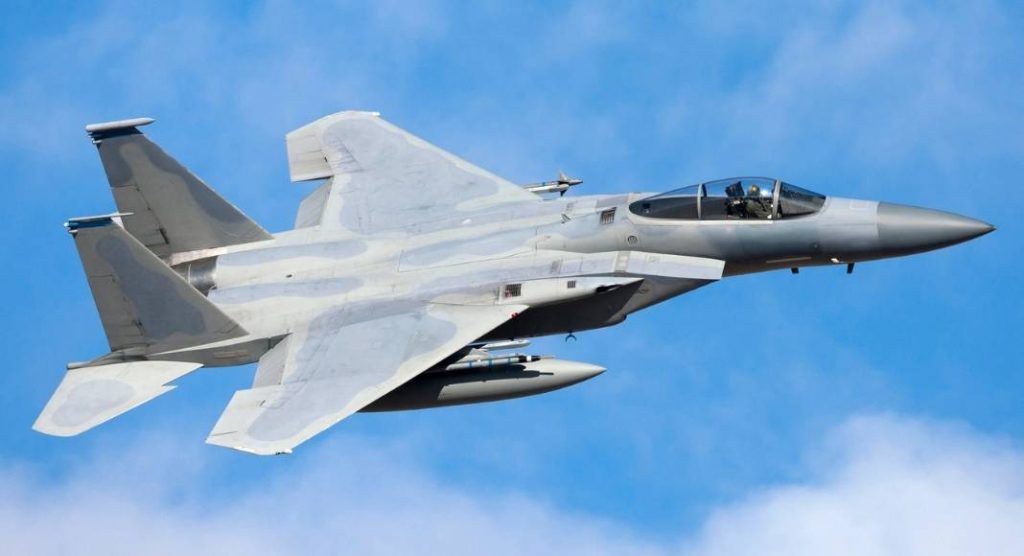 It still remains a frightening fighter plane though it is now in service for over 30 years. The fighter plane scored over 100 air kills. It is considered the most successful cold war era fighter.

The F-15 is adopted with electronic weapons enabling it to acquire, detect, attack and track enemy aircraft. Read Also about the Breakthrough of 10 Scientific Innovations.

The fighter is extremely maneuverable at the same time it carries a wide range of air-to-air missiles. It has strong high-speed maneuverability. Through upgrades and modifications the F-15 has constantly been improved.

The F-15 Eagle is still in service in the US Air Force, and it is expected to remain operational until 2025.  Japan, Saudi Arabia and Israel have imported the aircraft from the USA

It is the updated version of the MiG-31 interceptor. It strengthens the backbone of Russia. The latest MiG-31BM gained a ground attack capability and alongside it became a true multi-role fighter. 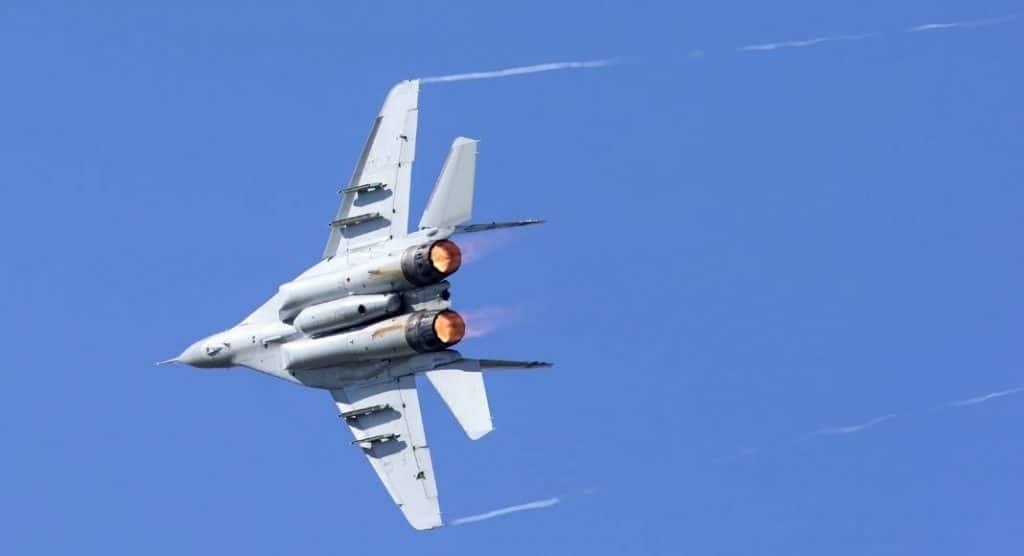 Russia, in 2010, launched a project to upgrade its interceptors to the MiG-31BM standard, and until 2017, it upgraded a total of 110 aircraft.

This up-gradation allowed extending services life of the older aircraft for at least 15 more years. It is designed that all operational MiG-31s will be improved.

It has a high speed, altitude as well as rate of climb. It sacrifices maneuverability in order to achieve eligibility. It is among the fastest production aircraft. It can reach a maximum speed of up to 3000 km per hour. The Future of Machine Learning in Cybersecurity