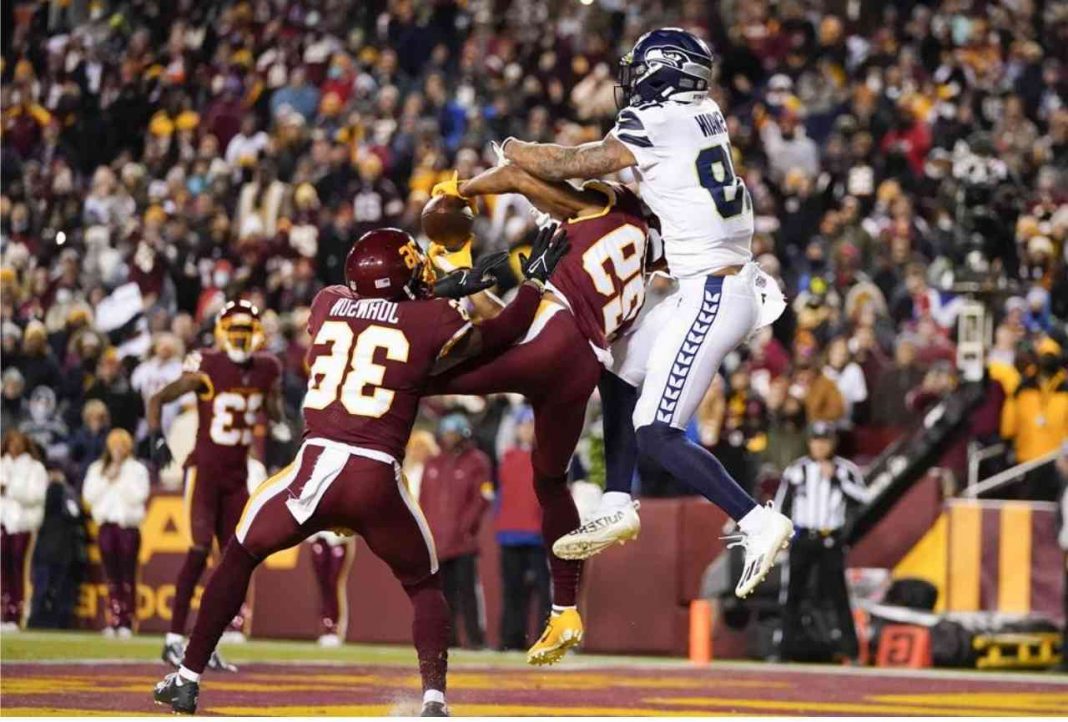 Washington to hold on to defeat the Seahawks 17-15 on Monday night, giving them their third win in a row.

Even with injuries, Washington’s offensive line concentration paid off Monday night for a Football Team set on pounding the ball mercilessly, resulting in 152 total rushing yards, with Antonio Gibson (29 carries, 111 yards) serving as the bell cow. J.D. McKissic had a nice revenge game against his former team, rushing seven times for 30 yards and a touchdown while also catching five passes for 26 yards, including a screen reception for Washington’s first touchdown.

Washington was unafraid to take on Seattle on the offensive line, constantly slamming into the defense in the hopes of producing positive results. It did, and on one drive in particular, an 11-play, 73-yard march accentuated the difference in talent up front with healthy gains on the ground.

On a pivotal scoring drive, Washington rammed it down Seattle’s throat and rode the momentum late, picking up small gains while bleeding time, to end with a commanding time of possession triumph and a two-point victory. You can also read more about Who are The Best Football Players in 2021.

The Hawks have promoted Josh Johnson, an undrafted free agent, as well as Gavin Heslop, a cornerback who can serve as an emergency backup if either D.J. or the other is injured.

The decision to elevate Johnson comes after the Seahawks’ backfield has been ravaged by injury, with the two aforementioned players ruled out for Monday’s game. Along with Collins and Johnson, second-year back DeeJay Dallas will play tonight. Dallas is the only running back on the roster who has been fully healthy all week.