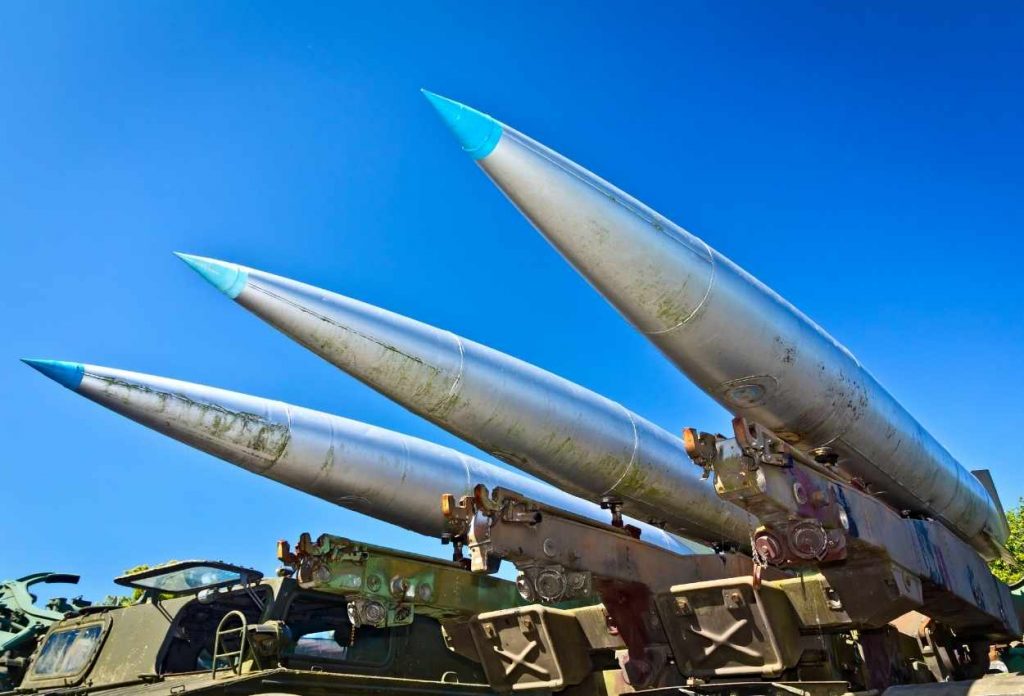 In the wake of the Russia-Ukraine war that began on February 24, many European countries are worried about their air defence system.

Ukraine President Volodymyr Zelensky has made an appeal to Israel for its Iron Dome missile, a multi-tiered all-weather air defence system, in a bid to strengthen Ukraine’s air defence system but, Israel did not respond to the call.

Zelensky thinks that he would be able to protect his country from Russian attack if he can boost his country’s air defence system with modern and advanced Iron Dome missiles.

Forbes, an American business magazine, in its recent report said that a strong air defence system is crucial as it works as a shield for a country against incoming missiles like intercontinental ballistic missiles.

The leaders of the European countries have apparently become alarmed about their air defence system due to the ongoing Russia-Ukraine war.

Russia is carrying out is missile strike on Ukraine, the Ukrainian president has called for an emergency air defense to the Western countries but denied it.

Experts believe that the damage during a war can be minimized if there is a strong air defense system. In the present context, the developed and economically influential countries have a powerful air defence system.

Many countries have developed the air defence system alongside the improvement of current hypersonic missiles.

A country feels secure if it has a strong air defence system as it can destroy quickly trace the missile of the opponent part and destroy it for the safeguarding of the country. And thus, some countries in the world are engaged in doing business centering on the air defence system.

Let’s take a look at

Which countries are now equipped with a strong air defence system

It is designed to shoot down short, medium, and intermediate-range ballistic missiles in the terminal phase descent or reentry by intercepting a hit-to-kill approach.

THAAD can be easily moved from one place to another as part of the US’s anti-ballistic missile defense system. It can destroy any missile within a distance of 200 kilometers and its success rate is hundred percent. And the result has been found after conducting experiments 16 times since its inception.

Apart from the THAAd, the United States has also a DAVID SLING air defence system. It is a complete air defense system. It can defeat the full spectrum air, fighter plane, drown, rocket, and missile threats from the opposition part.

DAVID SLIGN is equipped with a special radar scanner that can detect and destroy incoming missiles.

The United States also has another type of air defense system that is called MIM-104 Patriot. The MIM-104 Patriot is ready to resist attacks coming from the opposition in any adverse weather or situation.

It is effective in dealing with ballistic or other advanced aircraft of any range or height. It is jointly manufactured by Raytheon Technologies Corporation and Lockheed Martin Missiles and Fire Control organization of America.

The United States has another type of air defense system called the Medium Extended Air Defense System (MIDS). The system can build 360-degree resistance against the attack from the enemy.

MIDS can destroy missiles come from any direction. The weapon has been manufactured in a collective effort of the United States, Germany, and Italy.

The name of Israel comes up after the name of the United States in terms of the air defense system.

Israel also has the DAVID SLIGN. Alongside it, the country has a special air defense system called the Iron Dome. The Iron Dome came into discussion in the world after a rocket fired by Hamas the Palestinian resistance movement.

It is jointly manufactured by Israel’s Aerospace Industry and Rafale Advanced Defense Systems. It is capable of destroying the enemy’s missiles from a distance of up to 70 kilometers.

Israel’s Iron Dome is a much more effective air defense system in the world at present.

The Almaz Central Design Bureau of Russia manufactured the S-400 Triumph in 1990 and it is able to fire three types of missiles at a time. It is multifunctional radar and it can detect missiles automatically.

Russian has S-300 VM or anti-ballistic missile and Almaz-Antey, a Russian state-owned company in the arms industry, has built the missile. It can resist attacks from short and medium-range ballistic missiles.

With over 1.4 million active personnel, India is the world’s second-largest military force and it has the world’s largest volunteer army. According to the GlobalFirepower report published in 2020, 2021, and 2022, India is the fourth most-powerful military in the world.

India has a short-range surface-to-air missile system called Akash and it can work automatically. It is capable to destroy any kind of missile within its range from 50 to 60 kilometers. It can destroy warplanes and cruise and ballistic missiles. You can also read more about the Top 10 Largest Submarines in The World.

India has an air defence system named Barak-8 missile and it is capable to build 360-degree resistance against missile attack launches from any direction.

India bought S-400 Akash from Russia in 2021 in a bid to make its air defence system stronger than before.

Eurosam is a European manufacturer of anti-air missiles. It has developed a special air defence system called ASTER 30 SAMP/T. It is used for to vertically launched surface-to-air missile attacks. It is now under the possession of France and Italy. Among the Asian countries, Singapore also bought the air defence system from Europe.

It is an easily movable anti-aircraft defence system.

Besides, Germany and Italy also have a defense system called MIDS. The MIDS was first introduced in the late 1990s. It comprises a family of terminals providing war-fighters across the land, air, and sea simultaneous access to Link 16, Tactical Air Navigation, and other modern waveform communications. At present, MIDS has a program of record with the US department of defense. Read more about the Top 10 Best Destroyers in The World.

The name Hong Qi9 can be mentioned as China’s air defense system. It is an advanced two stages air defence missile having an advanced guidance system, and multi-target anti-jamming capabilities.

It is equivalent to the Russian S-300. The war weapon was first introduced in 1997. Apart from, warplanes, it can create a strong resistance against short to medium-range missile attacks. It also can destroy, helicopters and drones. Read more about Top 10 Fighter Aircrafts.

People from many corners of the world are interested to know about Iran’s air defenses system as it proudly tells the story of its strong air defence system.

Iran has the US-made MIM-23 air defence system. It also bought the S-300PMU-2 developed by Russia. It can reach the height level in the air and can destroy the enemy’s missiles.

Meanwhile, Iran has recently claimed to have developed its own air defence system to protect the country from any possible external attack.

It is equipped with a locally made Taer-2B missile, which can target enemy missiles up to 25 miles away. Iran’s Aviation Industries Organization also designed and manufactured Khordad-15 and it was during the tensions with the United States in 2019.

Khordad shot down a drone named RQ-4 Global Hawk of the Northrop Grumman in the United States on the coast of Persia at that time.

Later in response to Russia’s S-300 and US Patriot missiles, Iran built a defense system called BAVAR 373 in 2019 which is as good as the S-300. Iran claims that the system can detect up to 300 targets at a time from 180 miles away. Read more about Breakthrough of 10 Scientific Innovations.

If we look at the United Arab Emirates, we can see that there is a strong air defense system between medium-range and high altitude missiles.

Besides, Saudi Arabia uses the US-made powerful air defence system. However, the Gulf States are seen enough weak in the air defense system.

Iraq has some dozens of Russian-made Pantsir-S1 missiles. Besides, the air defence system of Syria has reached the verge of collapse and thus it uses Israel’s missiles to protect its airspace from Iran’s attack.